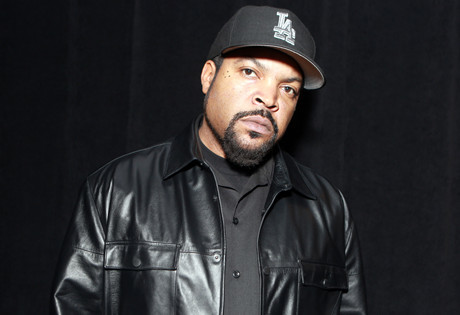 Start by filling out our no-obligation entertainment request form to check pricing and availability for Ice Cube or whoever else you may want.

Our Ice Cube agent will be happy to help you get Ice Cube's availability and booking fee, or the price and availability for any other A-List entertainer, band, comedian or celebrity you may want for your corporate event, private party, wedding, birthday party or public show.

Ice Cube was born O’Shea Jackson in 1969 in Los Angeles, California. As a young teen, Ice Cube developed an interest in rap and hip-hop music, and began writing music while he was still in high school. He studied architectural drafting at the college level. However, the formation of the group the C.I.A. in the early 1980’s, alongside Sir Jinx, led Ice Cube to working with Dr. Dre and eventually solidified his ultimate career path as a rapper, producer, and eventually, film star.

By the late 1980’s, Dr. Dre had recognized Ice Cube’s talents and joined forces with him to create N.W. A., alongside MC Ren and DJ Yella. The album N.W.A. and the Posse became their breakthrough, although the follow-up, Straight Outta Compton, was far more successful upon its release in 1988. Legal disputes eventually led to Ice Cube’s departure from N.W.A., and by 1989, he’d launched a full-fledged solo career with the debut album, AmeriKKKa’s Most Wanted. The album was an instant smash, despite its controversial content, and set the course for a stellar career that would prove highly influential in the genre of rap. Since his debut, Ice Cub has gone on to release a series of hit albums, including: Death Certificate (1991), The Predator (1992), Lethal Injection (1993), War & Peace Vol. 1 (1998), War & Peace Vol. 2 (2000), Laugh Now, Cry Later (2006), Raw Footage (2008), and I am the West (2010.) In addition, he has two album projects with Westside Connection, which he formed alongside Mack 10 and WC: Bow Down (1996) and Terrorist Threats (2003.) Aside from his own music, Ice Cube has collaborated on a number of albums with other artists, including: Da Lench Mob (Guerillas in tha Mist, 1992); Del the Funkee Homosapien (I Wish My Brother George Was Here, 1992); Tupac Shakur (Strictly 4 My N.I.G.G.A.Z, 1993); David Bowie and Trent Reznor (“I’m Afraid of Americans”); Korn (on the song “Children of the Korn” and the subsequent Family Values Tour in 1998); Lil Jon & the Eastside Boyz (“Roll Call,” in 2004); and Tech N9ne (“Blackboy,” 2008.)

Overall, Ice Cube is considered to be among gangsta rap’s most notable and talented storytellers and composers, despite his brutally honest and oftentimes violent lyrics. MTV ranks Ice Cube among the 10 Greatest MC’s of All Time, The Source, and Allmusic and about.com both give him similar rankings.

For more information on booking Ice Cube, please contact Booking Entertainment. One of our top booking agents will be happy to work on your behalf to get you the best possible price to book any big name entertainer for your upcoming public, private or corporate event worldwide.

Booking Entertainment works to get the best possible Ice Cube booking fee and Ice Cube price for our clients while also providing the celebrity or famous entertainer with the level of professionalism and industry norms that they expect from an event run by a professional booking agency and production management.

Booking Entertainment uses our agency / management relationships and over 25 years of production experience to help buyers of headline / top name entertainers and does not claim or represent itself as the exclusive Ice Cube agent, manager or management company for any of the artists on our site.

Booking Entertainment does not claim or represent itself as the exclusive booking agency, business manager, publicist, speakers bureau or management for Ice Cube or any artists or celebrities on this website.