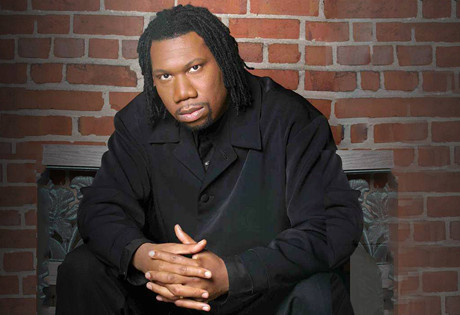 Start by filling out our no-obligation entertainment request form to check pricing and availability for KRS One or whoever else you may want.

Our KRS One agent will be happy to help you get KRS One's availability and booking fee, or the price and availability for any other A-List entertainer, band, comedian or celebrity you may want for your corporate event, private party, wedding, birthday party or public show.

The rapper known as KRS One was born Lawrence Krisna Parker in 1965 in New York City. KRS One left home while still a teenager, in search of a career as an MC. Alongside DJ Scott La Rock, KRS One released the album Criminal Minded in 1987, setting the stage for the era of gangsta rap which would dominate the decade following.

After the unfortunate death of DJ Scott La Rock in a shooting, KRS One forged ahead on his own, incorporating a new Jamaican sound into his music. He released the album By All Means Necessary in 1988 and the additional albums Edutainment (1990), Live Hardcore Worldwide (1991), and Sex and Violence (1992), before embarking on a full-fledged solo career. As a solo artist, KRS One released his self-titled album in 1995, followed by a number of additional albums, including The Sneak Attack (2001), Spiritual Minded (2002), Kristyles (2003), Keep Right (2004), Adventures in Emceein (2008), and The BDP Album (2012.)

In addition to his music, KRS One is also a strong voice against violence in the hip hop communities, having founded the Stop the Violence Movement in 1988. His ministry, the Temple of Hip-Hop, also has as its goal the advancement of a peaceful hip-hop culture for youth. For his work so far, KRS One has been recognized with a Lifetime Achievement Award from the BET Hip Hop Awards and a Living Legend Award from the Urban Music Awards.

KRS One continues to perform and record, with a new album release scheduled for the near future. He recently toured Australia for the first time in 2012.

Hiring KRS One For Corporate Events, Private Parties And Public Concerts Is Easy With Booking Entertainment

For more information on booking KRS One, please contact Booking Entertainment. One of our top booking agents will be happy to work on your behalf to get you the best possible price to book any big name entertainer for your upcoming public, private or corporate event worldwide.

Booking Entertainment works to get the best possible KRS One booking fee and KRS One price for our clients while also providing the celebrity or famous entertainer with the level of professionalism and industry norms that they expect from an event run by a professional booking agency and production management.

Booking Entertainment uses our agency / management relationships and over 25 years of production experience to help buyers of headline / top name entertainers and does not claim or represent itself as the exclusive KRS One agent, manager or management company for any of the artists on our site.

Booking Entertainment does not claim or represent itself as the exclusive booking agency, business manager, publicist, speakers bureau or management for KRS One or any artists or celebrities on this website.