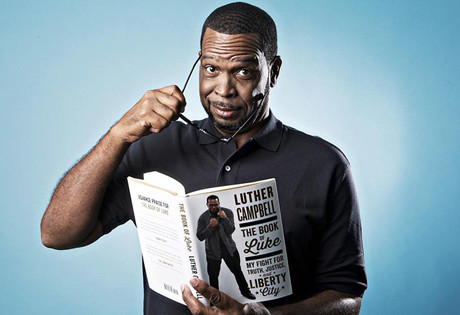 Start by filling out our no-obligation entertainment request form to check pricing and availability for Luther Campbell or whoever else you may want.

Our Luther Campbell agent will be happy to help you get Luther Campbell's availability and booking fee, or the price and availability for any other A-List entertainer, band, comedian or celebrity you may want for your corporate event, private party, wedding, birthday party or public show.

Luther Campbell was born in 1960 in Miami, Florida. Long before he became known as a southern rap artist, Luther began perfecting his art while still a teenager, until joining 2 Live Crew in 1985 shortly after the group released their smash hit debut, “Revelation,” and relocated to Campbell’s hometown of Miami.

Campbell quickly became not only a member of the band, but also its manager and eventually its lead vocalist. The group’s debut album, The 2 Live Crew Is What We Are, arrived in the following year and featured some of the group’s biggest (and most controversial) hits to date. As Nasty as They Wanna Be followed in 1989, selling more than two million copies and reaching into the mainstream charts, despite receiving Parental Advisory warnings and garnering a tremendous amount of controversy for its content. Luther Campbell remained with 2 Live Crew until 1991, at which time he launched a solo career.

As a solo artist, Luther Campbell has released the albums The Luke LP (1990), I Got Shit on My Mind (1992), In the Nude (1993), Freak for Life (1994), Uncle Luke (1996), Changin’ the Game (1997), Somethin’ Nasty (2001), and My Life & Freaky Times (2006.) Although Luther has been rather quiet on the music front for the last decade or so, he is still very much in the public eye. Campbell is active in the local sports community in Miami and ran for mayor of the city in 2011, bringing in more than ten percent of the votes. He also has his own production company and collaborates in other business endeavors and music projects.

For more information on booking Luther Campbell, please contact Booking Entertainment. One of our top booking agents will be happy to work on your behalf to get you the best possible price to book any big name entertainer for your upcoming public, private or corporate event worldwide.

Booking Entertainment works to get the best possible Luther Campbell booking fee and Luther Campbell price for our clients while also providing the celebrity or famous entertainer with the level of professionalism and industry norms that they expect from an event run by a professional booking agency and production management.

Booking Entertainment uses our agency / management relationships and over 25 years of production experience to help buyers of headline / top name entertainers and does not claim or represent itself as the exclusive Luther Campbell agent, manager or management company for any of the artists on our site.

Booking Entertainment does not claim or represent itself as the exclusive booking agency, business manager, publicist, speakers bureau or management for Luther Campbell or any artists or celebrities on this website.