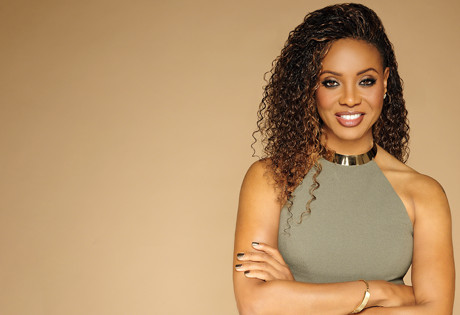 Start by filling out our no-obligation entertainment request form to check pricing and availability for MC Lyte or whoever else you may want.

Our MC Lyte agent will be happy to help you get MC Lyte's availability and booking fee, or the price and availability for any other A-List entertainer, band, comedian or celebrity you may want for your corporate event, private party, wedding, birthday party or public show.

MC Lyte was born Lana Michelle Moorer in 1971 in Brooklyn, New York. Long before she became famous as the first solo female rapper of the 1980’s, MC Lyte began rhyming while she was still in middle school. Her first single, “I Cram to Understand U (Sam)” was recorded in 1986 but her debut album, Lyte as a Rock, was released two years later.

For her achievements in music, MC Lyte has been recognized with Grammy Awards, Soul Train Awards, and BET Awards, but her accomplishments extend beyond music alone. She began an acting career in the early 1990’s, starting with an off-Broadway role in the play Club Twelve, and then with a film role in the movie Fly by Night in 1993. She has also appeared in: A Luv Tale (1999), Train Ride (2000), Civil Brand (2002), and Playa’s Ball (2003.) MC Lyte is also a highly successful voice over artist and the owner of Shaitel, an accessory boutique in Los Angeles.

For more information on booking MC Lyte, please contact Booking Entertainment. One of our top booking agents will be happy to work on your behalf to get you the best possible price to book any big name entertainer for your upcoming public, private or corporate event worldwide.

Booking Entertainment works to get the best possible MC Lyte booking fee and MC Lyte price for our clients while also providing the celebrity or famous entertainer with the level of professionalism and industry norms that they expect from an event run by a professional booking agency and production management.

Booking Entertainment uses our agency / management relationships and over 25 years of production experience to help buyers of headline / top name entertainers and does not claim or represent itself as the exclusive MC Lyte agent, manager or management company for any of the artists on our site.

Booking Entertainment does not claim or represent itself as the exclusive booking agency, business manager, publicist, speakers bureau or management for MC Lyte or any artists or celebrities on this website.