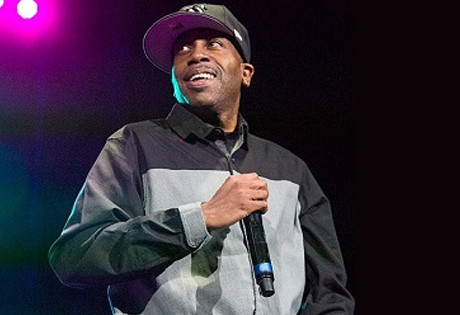 Start by filling out our no-obligation entertainment request form to check pricing and availability for Rob Base or whoever else you may want.

Our Rob Base agent will be happy to help you get Rob Base's availability and booking fee, or the price and availability for any other A-List entertainer, band, comedian or celebrity you may want for your corporate event, private party, wedding, birthday party or public show.

The hip hop artist known as Rob Base was born Robert Ginyard in 1967. Base rose to prominence as one half of a duo, performing alongside DJ E-Z Rock in the the late 1980’s. Rob Base and DJ E-Z Rock met in Harlem, New York, in the 1980’s. The duo first hit the scene with the song “DJ Interview,” an independent release which garnered the act a recording contract with Profile Records.

After signing with Profile, Rob Base and DJ E-Z Rock released the major label debut “It Takes Two,” which also became their breakthrough hit, reaching multi-platinum status and rising into the top five on the dance charts. The album of the same name also spawned the hits “Joy and Pain” and “Get On the Dance Floor,” the latter of which rose to the number one spot on the dance charts and became an iconic single for the 1980’s.

Unfortunately, the duo’s success was short lived, and the group disbanded in 1989, leaving Rob Base to launch a solo career. Base released his debut album The Incredible Base in 1989, and although it did not fare quite as well as It Takes Two, it did rise into the dance charts and spawned the single “Turn It Out (Go Base.”

Rob Base and DJ E-Z Rock reunited briefly in the early 1990’s for the release of the album Break of Dawn, but the album was only moderately successful. Since the untimely passing of DJ E-Z Rock in 2014, Rob Base has continued to perform occasionally, often for private and corporate parties.

Hiring Rob Base For Corporate Events, Private Parties And Public Concerts Is Easy With Booking Entertainment

For more information on booking Rob Base, please contact Booking Entertainment. One of our top booking agents will be happy to work on your behalf to get you the best possible price to book any big name entertainer for your upcoming public, private or corporate event worldwide.

Booking Entertainment works to get the best possible Rob Base booking fee and Rob Base price for our clients while also providing the celebrity or famous entertainer with the level of professionalism and industry norms that they expect from an event run by a professional booking agency and production management.

Booking Entertainment uses our agency / management relationships and over 25 years of production experience to help buyers of headline / top name entertainers and does not claim or represent itself as the exclusive Rob Base agent, manager or management company for any of the artists on our site.

Booking Entertainment does not claim or represent itself as the exclusive booking agency, business manager, publicist, speakers bureau or management for Rob Base or any artists or celebrities on this website.