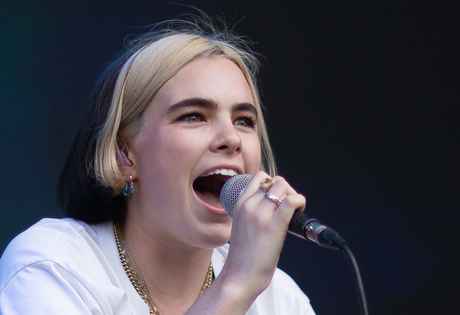 Start by filling out our no-obligation entertainment request form to check pricing and availability for Benee or whoever else you may want.

Our Benee agent will be happy to help you get Benee's availability and booking fee, or the price and availability for any other A-List entertainer, band, comedian or celebrity you may want for your corporate event, private party, wedding, birthday party or public show.

Benee is a New Zealand performer and vocalist born in 2000. The Auckland native began playing the guitar during her early schooling days and soon move onto water polo. Music would come back into the picture for Benee during her late teenage years, and she would begin covering songs on YouTube and SoundCloud back in 2017.

Benee soon decided to make music a career the following year after dropping out of college. Her debut single would release later that year, and the follow-up single, "Soaked," would Gian her notoriety. Benee would release her debut EP in the summer of 2019 in addition to another EP in winter of 2019, which contained her breakout single with fellow artist Gus Dapperton, "Supalonely." The song went viral on the social media platform TikTok in 2020 and led in well to her debut album, Hey U X.

Benee has been featured in several major publications including Rolling Stone, NPR, and Pitchfork, among others. Her breakout hit, "Supalonely," would peak at #2 in her home country and #39 on the Billboard Hot 100 chart. The record would also earn Benee numerous certifications, including a Platinum certification from the RIAA. Her debut album would peak at #22 on the Australian charts and #2 in New Zealand.

Benee recently released several acclaimed singles, including "Happen to Me" and "Doesn’t Matter," which both appeared on the charts in her home country.

For more information on booking Benee, please contact Booking Entertainment. One of our top booking agents will be happy to work on your behalf to get you the best possible price to book any big name entertainer for your upcoming public, private or corporate event worldwide.

Booking Entertainment works to get the best possible Benee booking fee and Benee price for our clients while also providing the celebrity or famous entertainer with the level of professionalism and industry norms that they expect from an event run by a professional booking agency and production management.

Booking Entertainment uses our agency / management relationships and over 25 years of production experience to help buyers of headline / top name entertainers and does not claim or represent itself as the exclusive Benee agent, manager or management company for any of the artists on our site.

Booking Entertainment does not claim or represent itself as the exclusive booking agency, business manager, publicist, speakers bureau or management for Benee or any artists or celebrities on this website.