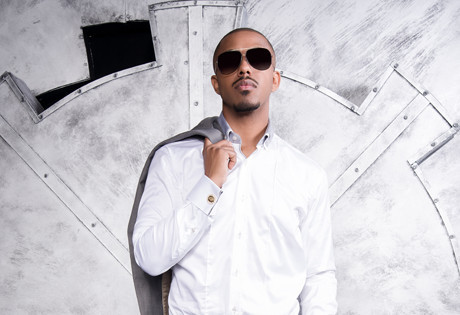 Start by filling out our no-obligation entertainment request form to check pricing and availability for Marques Houston or whoever else you may want.

Our Marques Houston agent will be happy to help you get Marques Houston's availability and booking fee, or the price and availability for any other A-List entertainer, band, comedian or celebrity you may want for your corporate event, private party, wedding, birthday party or public show.

The American R&B singer and songwriter Marques Barrett Houston was born in 1981 in Los Angeles, California. Before Marques rose to fame as a solo artist, he was a member of the group IMx, until in 2003 he launched his career as a solo artist. Prior to that, Houston also appeared in the role of Roger Evans on the television show Sister, Sister.

With IMx, Marques Houston released the albums Introducing IMx (1999) and IMx (2001), and as a group they appeared on television in such shows as A Different World and in such films as House Party 4: Down to the Last Minute. In 2003, Marques Houston released his debut album, MH, featuring the songs “Because of You,” “Pop That Booty,” and “That Girl.” The album rose into the top twenty on the mainstream charts and into the top five on the R&B charts, and set the stage for the additional albums: Naked (2005), Veteran (2007), Mr. Houston (2009), and Mattress Music (2010.) Notable singles from these albums include: “Naked,” “Like This,” “Circle,” “I Love Her,” and “Sunset.” Marques Houston has also appeared on singles by a number of different artists, including: Young Romeo (“After Party”); Mila J (“Good Lookin’ Out”); and Romeo (“Special Girl.”)

In addition to his music career, Marques Houston has also appeared in a number of films, including: House Party 3 (1994), Good Burger (1997), You Got Served (2004), and Somebody Help Me (2007.) Most recently, Marques Houston released the album Famous (2013.) Houston continues to perform, record, and act.

For more information on booking Marques Houston, please contact Booking Entertainment. One of our top booking agents will be happy to work on your behalf to get you the best possible price to book any big name entertainer for your upcoming public, private or corporate event worldwide.

Booking Entertainment works to get the best possible Marques Houston booking fee and Marques Houston price for our clients while also providing the celebrity or famous entertainer with the level of professionalism and industry norms that they expect from an event run by a professional booking agency and production management.

Booking Entertainment uses our agency / management relationships and over 25 years of production experience to help buyers of headline / top name entertainers and does not claim or represent itself as the exclusive Marques Houston agent, manager or management company for any of the artists on our site.

Booking Entertainment does not claim or represent itself as the exclusive booking agency, business manager, publicist, speakers bureau or management for Marques Houston or any artists or celebrities on this website.