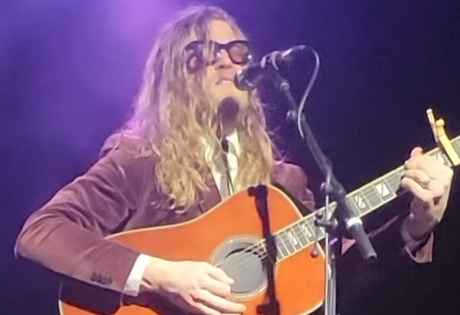 Start by filling out our no-obligation entertainment request form to check pricing and availability for Allen Stone or whoever else you may want.

Our Allen Stone agent will be happy to help you get Allen Stone's availability and booking fee, or the price and availability for any other A-List entertainer, band, comedian or celebrity you may want for your corporate event, private party, wedding, birthday party or public show.

Allen Stone is an American songwriter and performer born in 1987. A Washington state native, his time at his father’s local church would spark an interest in music. He started off in the choir before learning the guitar and leading the songs and hymns during his teenage years. Stone was noted for his effortless performances even then, and by the time his curiosity brought him to soul artists of the 60’s and 70s, he took music seriously as a profession.

Allen Stone saw success of others around him and decided to give it a shot after moving to nearby Spokane. He would release his debut album in 2010 followed by his breakout, self-titled album the following year. He garnered the opportunity for several televised performances and found his way onto several prominent lists from publications such as VH1 and MTV. He would sign with Capitol Records in 2016 and release Radius, his third album, in addition to Building Balance in 2019 and APART in 2021.

Allen Stone has appeared on several major network television programs, including American Idol, Conan, and The Ellen DeGeneres Show, among others. He has worked with several major label artists such as Andy Grammer and Macklemore, the former helping with writing on his self-titled album that would peak at #2 on the iTunes R&B charts and #35 on the Billboard R&B charts. Stone has been featured in several major publications including USA Today, Red Bull, and Billboard, among others.

Allen Stone recently participated in the American Song Contest, a new television program in which he placed fifth without even performing a singular song live.

For more information on booking Allen Stone, please contact Booking Entertainment. One of our top booking agents will be happy to work on your behalf to get you the best possible price to book any big name entertainer for your upcoming public, private or corporate event worldwide.

Booking Entertainment works to get the best possible Allen Stone booking fee and Allen Stone price for our clients while also providing the celebrity or famous entertainer with the level of professionalism and industry norms that they expect from an event run by a professional booking agency and production management.

Booking Entertainment uses our agency / management relationships and over 25 years of production experience to help buyers of headline / top name entertainers and does not claim or represent itself as the exclusive Allen Stone agent, manager or management company for any of the artists on our site.

Booking Entertainment does not claim or represent itself as the exclusive booking agency, business manager, publicist, speakers bureau or management for Allen Stone or any artists or celebrities on this website.