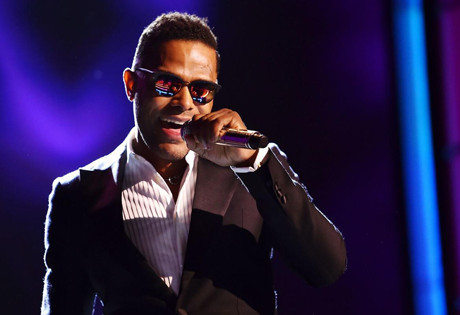 Start by filling out our no-obligation entertainment request form to check pricing and availability for Maxwell or whoever else you may want.

Our Maxwell agent will be happy to help you get Maxwell's availability and booking fee, or the price and availability for any other A-List entertainer, band, comedian or celebrity you may want for your corporate event, private party, wedding, birthday party or public show.

Maxwell was born Gerald Maxwell Rivera in the early 1970’s. He grew up in Brooklyn, New York and experienced tragedy when he was only three years old and his father was killed in a plane crash. To cope with the loss, Maxwell turned to the church, and found solace in its gospel choir, where his earliest love of music began. By the time he was a teenager, he’d started writing his own music and learning to play piano.

Maxwell began performing around town in New York in the early 1990’s, and garnered some interest with his first demo. His shows caught the attention of a number of record companies, and in 1994 he signed with Columbia Records. Maxwell’s Urban Hang Suite was released in 1996 and was slow to rise on the charts. But the song “Ascension (Don’t Ever Wonder)” caught on after its release, and BET featured Maxwell and the single on the show In Your Ear. The exposure was exactly what Maxwell needed, and the album eventually went on to multi-platinum status, earning a Grammy Award and solidifying Maxwell’s career as a performer.

After Urban Hang Suite, Maxwell released an MTV Unplugged album (1997), Embrya (1998), and Now (2001), all equally successful albums featuring the singles “Fortunate,” “Lifetime,” and “This Woman’s Work.” After a lengthy hiatus, Maxwell returned to music in 2009 with BLACKsummers’night, which debuted at number one and launched the hit single “Pretty Wings.” Since that comeback, Maxwell has also experienced enormous success live on stage, launching the tours BLACKsummers’night Tour (2009), and Maxwell & Jill Scott: The Tour (2010.)

For his achievements, Maxwell has been recognized with six Grammy nominations in 2010, but also for a series of other awards throughout the course of his career, including: multiple BET, American Music Awards, and Grammy Award nominations; a Billboard Music Award for “Fortunate,” (R&B Single of the Year in 1999); Multiple Image Award nominations with one win (for Outstanding Male Artist in 2010), and multiple Soul Train Award nominations, with five wins.

With such a recent comeback that exceeds the success of his debut, Maxwell is just getting started. He has plans for additional albums and tours in the near future.

For more information on booking Maxwell, please contact Booking Entertainment. One of our top booking agents will be happy to work on your behalf to get you the best possible price to book any big name entertainer for your upcoming public, private or corporate event worldwide.

Booking Entertainment works to get the best possible Maxwell booking fee and Maxwell price for our clients while also providing the celebrity or famous entertainer with the level of professionalism and industry norms that they expect from an event run by a professional booking agency and production management.

Booking Entertainment uses our agency / management relationships and over 25 years of production experience to help buyers of headline / top name entertainers and does not claim or represent itself as the exclusive Maxwell agent, manager or management company for any of the artists on our site.

Booking Entertainment does not claim or represent itself as the exclusive booking agency, business manager, publicist, speakers bureau or management for Maxwell or any artists or celebrities on this website.