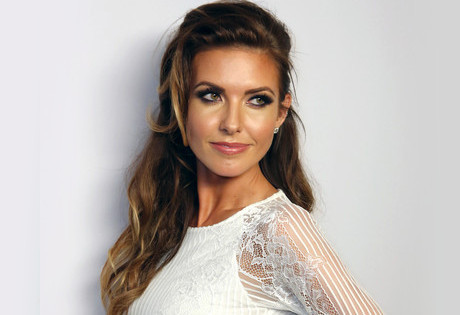 Start by filling out our no-obligation entertainment request form to check pricing and availability for Audrina Patridge or whoever else you may want.

Our Audrina Patridge agent will be happy to help you get Audrina Patridge's availability and booking fee, or the price and availability for any other A-List entertainer, band, comedian or celebrity you may want for your corporate event, private party, wedding, birthday party or public show.

American television personality and DJ Audrina Patridge was born in 1985 in Los Angeles, California. Long before Patridge rose to fame as one of the cast members of the television series The Hills, she grew up in Yorba Linda, launching a career as a model and actress at a very young age. Patridge’s first gig, in the MTV reality series The Hills, has launched a career which has since brought Audrina to the big screen, and now most recently, also into the club scene as a celebrity DJ.

Following The Hills, Audrina Patridge appeared in a handful of films, including Sorority Row (2009), Honey 2 (2011), and Scary Movie 5 (2013), but her biggest career boost came after her appearance on Dancing with the Stars in 2010, paired with Tony Dovolani. The couple finished the show in seventh place, but Audrina became a fan favorite on the show, giving her career a bit of a boost.

Most recently, Audrina Patridge has joined the circle of ever-growing celebrities DJ’s, performing at some of the worlds most famous clubs in locations such as Aruba, Las Vegas, and Miami. Her reputation as a DJ continues to grow positively, and she is scheduled to appear at a number of events throughout the remainder of 2015 and into 2016. When she’s not DJ-ing, Audrina Patridge hosts 1st Look, the NBC late night travel series which explores regional cuisine, culture, and nightlife in a variety of areas.

For more information on booking Audrina Patridge, please contact Booking Entertainment. One of our top booking agents will be happy to work on your behalf to get you the best possible price to book any big name entertainer for your upcoming public, private or corporate event worldwide.

Booking Entertainment works to get the best possible Audrina Patridge booking fee and Audrina Patridge price for our clients while also providing the celebrity or famous entertainer with the level of professionalism and industry norms that they expect from an event run by a professional booking agency and production management.

Booking Entertainment uses our agency / management relationships and over 25 years of production experience to help buyers of headline / top name entertainers and does not claim or represent itself as the exclusive Audrina Patridge agent, manager or management company for any of the artists on our site.

Booking Entertainment does not claim or represent itself as the exclusive booking agency, business manager, publicist, speakers bureau or management for Audrina Patridge or any artists or celebrities on this website.