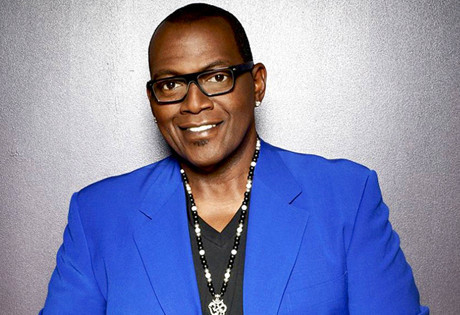 Start by filling out our no-obligation entertainment request form to check pricing and availability for Randy Jackson or whoever else you may want.

Our Randy Jackson agent will be happy to help you get Randy Jackson's availability and booking fee, or the price and availability for any other A-List entertainer, band, comedian or celebrity you may want for your corporate event, private party, wedding, birthday party or public show.

Randy Jackson was born in 1956 in Baton Rouge, Louisiana. Long before Jackson became a household name as one of the judges on American Idol, he studied guitar and played bass as a session musician for a number of bands in the 1980’s, including Journey and Taxxi. One of Randy’s earliest breakthroughs was a a member of a band assembled by Keith Richards specifically to record music for the film Jumpin’ Jack Flash.

By the 1990’s, Randy Jackson began producing for a number of notable artists, including Mariah Carey and Whitney Houston. Jackson’s credits are extensive both as a session musician and producer, including some of the biggest names in the music of the era, such as: Jon Bon Jovi, Michael Bolton, Billy Joel, Aretha Franklin, Richard Marx, and Bruce Springsteen. Jackson’s talents were well-known and highly respected in the industry long before the reality competition American Idol came calling.

In 2002, Randy Jackson joined the judging panel on American Idol, alongside Simon Cowell and Paula Abdul. Jackson’s approach on the competition made him a show favorite, softening Simon Cowell’s frequently harsh criticisms of the show’s contestants. Of all the judges on the show since its inception, Jackson remained the longest, although in 2014 he left the show to focus on other business ventures.  Among those endeavors included the hosting of a top 40 radio countdown show and serving as producer for the reality show America’s Best Dance Crew. The show aired on MTV in 2008 and lasted for two years.

Aside from his work as a producer and as a musician for other artists, Randy Jackson has released his own album, Randy Jackson’s Music Club, Vol. 1, which arrived in 2008. The album rose into the top forty on the R&B charts and topped at the number fifty position on the mainstream charts.  The single “Dance Like There’s No Tomorrow,” recorded with Paula Abdul, rose to the number two spot on the dance charts and into the top forty on the pop charts.

For more information on booking Randy Jackson, please contact Booking Entertainment. One of our top booking agents will be happy to work on your behalf to get you the best possible price to book any big name entertainer for your upcoming public, private or corporate event worldwide.

Booking Entertainment works to get the best possible Randy Jackson booking fee and Randy Jackson price for our clients while also providing the celebrity or famous entertainer with the level of professionalism and industry norms that they expect from an event run by a professional booking agency and production management.

Booking Entertainment uses our agency / management relationships and over 25 years of production experience to help buyers of headline / top name entertainers and does not claim or represent itself as the exclusive Randy Jackson agent, manager or management company for any of the artists on our site.

Booking Entertainment does not claim or represent itself as the exclusive booking agency, business manager, publicist, speakers bureau or management for Randy Jackson or any artists or celebrities on this website.