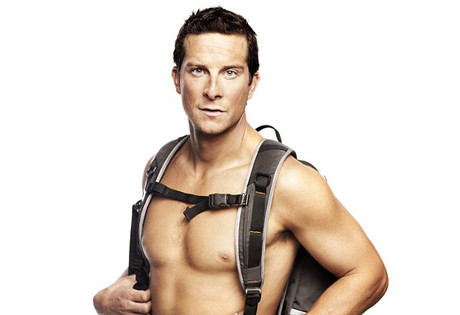 Start by filling out our no-obligation entertainment request form to check pricing and availability for Bear Grylls or whoever else you may want.

Our Bear Grylls agent will be happy to help you get Bear Grylls's availability and booking fee, or the price and availability for any other A-List entertainer, band, comedian or celebrity you may want for your corporate event, private party, wedding, birthday party or public show.

The star of the hit television reality show “Man vs. Wild,” known as “Bear” Grylls, was born Edward Michael Grylls in 1974 in County Down, Northern Ireland. Grylls spent most of his childhood growing up on the Isle of Wight, and from a very young age he was an outdoorsman and thrill seeker. He learned to sail while still in elementary school, and by the time he was a teenager he was skydiving.

At Eton College, where he pursued a degree in Hispanic Studies, he helped the institution found its first mountaineering club. Between his graduation and debut of Man vs. Wild, Grylls embarked on dozens of highly publicized adventures, including: a circumnavigation of the UK, an unassisted crossing of the Atlantic in an inflatable boat, a paramotoring expedition over the Himalayas, a climb of a previously uncharted Antarctican peak, and an expedition of the ice-covered Northwest Passage.

Some of these endeavors, such as the paramotoring expedition over the Himalayas, were broadcast on various networks, including the Discovery Channel, leading to worldwide notoriety. In 2006, the network launched Bear Gryll’s first series, Man vs. Wild, based on his UK series Born Survivor: Bear Grylls. Additional shows and specials since the start of Man Vs. Wild include: Get Out Alive with Bear Grylls, Escape from Hell, The Island with Bear Grylls, and Running Wild with Bear Grylls, which features celebrities accompanying Bear on a two-day trip into the wild. Grylls also frequently appears on such television programs as Jimmy Kimmel Live!, Late Night with Conan O’Brien, and The Tonight Show.

In addition to his television work, Bear Grylls has also authored multiple books, including his autobiography, Mud, Sweat and Tears: The Autobiography. Most recently, Bear Grylls launched his CITV series Bear Grylls Survival School. Grylls is also a motivation speaker for schools, churches, and corporations throughout the world.

For more information on booking Bear Grylls, please contact Booking Entertainment. One of our top booking agents will be happy to work on your behalf to get you the best possible price to book any big name entertainer for your upcoming public, private or corporate event worldwide.

Booking Entertainment works to get the best possible Bear Grylls booking fee and Bear Grylls price for our clients while also providing the celebrity or famous entertainer with the level of professionalism and industry norms that they expect from an event run by a professional booking agency and production management.

Booking Entertainment uses our agency / management relationships and over 25 years of production experience to help buyers of headline / top name entertainers and does not claim or represent itself as the exclusive Bear Grylls agent, manager or management company for any of the artists on our site.

Booking Entertainment does not claim or represent itself as the exclusive booking agency, business manager, publicist, speakers bureau or management for Bear Grylls or any artists or celebrities on this website.