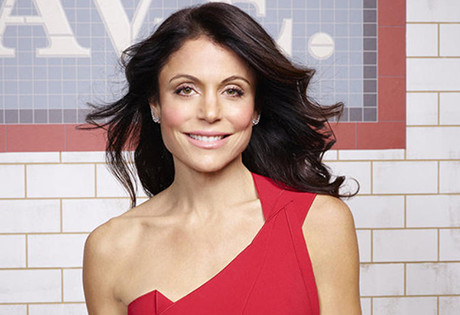 Start by filling out our no-obligation entertainment request form to check pricing and availability for Bethenny Frankel or whoever else you may want.

Our Bethenny Frankel agent will be happy to help you get Bethenny Frankel's availability and booking fee, or the price and availability for any other A-List entertainer, band, comedian or celebrity you may want for your corporate event, private party, wedding, birthday party or public show.

The television personality and entrepreneur Bethenny Frankel was born in 1970. Frankel spent her teenage years growing up in Florida; after graduating from high school in Fort Lauderdale, Bethenny enrolled at the Natural Gourmet Institute and then later at New York University.

Bethenny’s foray into the world of entertainment was at first behind the scenes; she worked as a production assistant on television shows such as Saved by the Bell. She then rose to finalist on the competition The Apprentice: Martha Stewart, in 2005, and in 2008, she joined the cast of the Real Housewives of New York City. Frankel joined the cast for the first season and remained with the show through season three; she later returned for seasons seven and eight. In 2010, Frankel starred in the Bravo series Bethenny Getting Married?, which followed her journey to motherhood and marriage for one season.

Although Bethenny rose to prominence as a cast member of Real Housewives, she became even more well-known with the publication of her book, Naturally Thin: Unleash Your SkinnyGirl and Free Yourself from a Lifetime of Dieting. The book was a sensation, and launched not only addition books and exercise DVDs, but also the SkinnyGirl cocktail company, which ultimately sold for an estimated one hundred million dollars.

Today, Bethenny Frankel is one of the most personally successful cast members of the Real Housewives franchise. Frankel most recently appeared as a competitor on the Food Network’s competition, Beat Bobby Flay. Her most recent book, I Suck at Relationships So You Don’t Have To, was published in 2014.

For more information on booking Bethenny Frankel, please contact Booking Entertainment. One of our top booking agents will be happy to work on your behalf to get you the best possible price to book any big name entertainer for your upcoming public, private or corporate event worldwide.

Booking Entertainment works to get the best possible Bethenny Frankel booking fee and Bethenny Frankel price for our clients while also providing the celebrity or famous entertainer with the level of professionalism and industry norms that they expect from an event run by a professional booking agency and production management.

Booking Entertainment uses our agency / management relationships and over 25 years of production experience to help buyers of headline / top name entertainers and does not claim or represent itself as the exclusive Bethenny Frankel agent, manager or management company for any of the artists on our site.

Booking Entertainment does not claim or represent itself as the exclusive booking agency, business manager, publicist, speakers bureau or management for Bethenny Frankel or any artists or celebrities on this website.