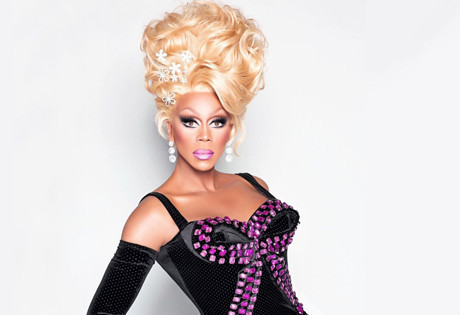 Start by filling out our no-obligation entertainment request form to check pricing and availability for Rupaul or whoever else you may want.

Our Rupaul agent will be happy to help you get Rupaul's availability and booking fee, or the price and availability for any other A-List entertainer, band, comedian or celebrity you may want for your corporate event, private party, wedding, birthday party or public show.

RuPaul Charles, better known simply as RuPaul, was born in 1960 in San Diego, California. RuPaul set his sights on a career in music and performance in the early 1980’s while living in Atlanta, Georgia. His first attempt at filmmaking was the film Star Booty, but for the most part RuPaul found himself performing around town at various clubs.

RuPaul’s drag show became a staple of the local scene in Atlanta, and by the early 1990’s, RuPaul began recording a number of dance albums, such as Supermodel of the World (1993.) He experienced surprising success with the album and some of its singles, and established a strong cult following for his music and performance.

In addition to his work on television and in film, RuPaul is the author of a number of books, including: Lettin’ It All Hang Out, and Workin’ It! RuPaul’s Guide to Life, Liberty, and the Pursuit of Style. RuPaul has been very public about his opinion regarding gender-specific pronouns, since he often appears in the female form in drag, but also as “himself.” He has made it clear that he is perfectly satisfied with either pronoun as a reference, and he often appears outside of his drag persona to host his current shows, RuPaul’s Drag Race and RuPaul’s Drag U, both of which can be found on VH1.

For his contributions to entertainment and for his achievements in raising awareness for LGBT causes, RuPaul has been recognized with two GLAAD Media Awards, one for the Vito Russo Award and another for Outstanding Reality Program for RuPaul’s Drag Race. The same show has also garnered him a NewNowNext Award, and TV.com has recognized him for a Best of 2012 Award, for the same show, in the role of Best Reality Show Judge/Host.

For more information on booking Rupaul, please contact Booking Entertainment. One of our top booking agents will be happy to work on your behalf to get you the best possible price to book any big name entertainer for your upcoming public, private or corporate event worldwide.

Booking Entertainment works to get the best possible Rupaul booking fee and Rupaul price for our clients while also providing the celebrity or famous entertainer with the level of professionalism and industry norms that they expect from an event run by a professional booking agency and production management.

Booking Entertainment uses our agency / management relationships and over 25 years of production experience to help buyers of headline / top name entertainers and does not claim or represent itself as the exclusive Rupaul agent, manager or management company for any of the artists on our site.

Booking Entertainment does not claim or represent itself as the exclusive booking agency, business manager, publicist, speakers bureau or management for Rupaul or any artists or celebrities on this website.