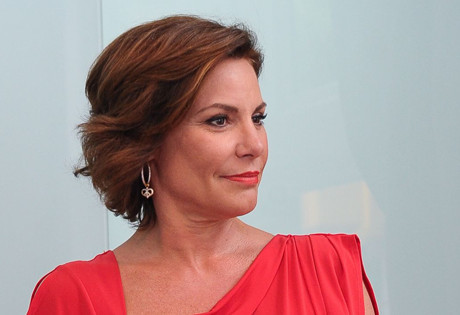 Start by filling out our no-obligation entertainment request form to check pricing and availability for Countess LuAnn de Lesseps or whoever else you may want.

American television personality and “real housewife” of New York City, Luanne de Lesseps, was born in 1965. Lesseps was born and raised in Connecitcut; after marrying Alexandre de Lesseps in 1993, she became a Countess, and moved to New York City to raise her two children, Noel and Victoria.

Luanne joined the main cast of The Real Housewives of New York City in 2008; by season six she had been demoted to a recurring role, but returned for season seven as a regular cast member. In addition to her appearances on the show, de Lesseps has also appeared in a guest starring acting role on the television series Law & Order: Special Victims Unit. She played, of course, a socialite. Luanne also recently began pursuit of a career as a singer; she released her debut song “Money Can’t Buy You Class” in 2010.

After a highly publicized separation, Luanne divorced de Lesseps in 2009 and married Tom D’Agostino, Jr. in 2016. Luanne published the book Class with the Countess: How to Live with Elegance and Flair, in 2009. Her most recent music single, “Girl Code,” was released the summer of 2016.

For more information on booking Countess LuAnn de Lesseps, please contact Booking Entertainment. One of our top booking agents will be happy to work on your behalf to get you the best possible price to book any big name entertainer for your upcoming public, private or corporate event worldwide.

Booking Entertainment uses our agency / management relationships and over 25 years of production experience to help buyers of headline / top name entertainers and does not claim or represent itself as the exclusive Countess LuAnn de Lesseps agent, manager or management company for any of the artists on our site.

Booking Entertainment does not claim or represent itself as the exclusive booking agency, business manager, publicist, speakers bureau or management for Countess LuAnn de Lesseps or any artists or celebrities on this website.