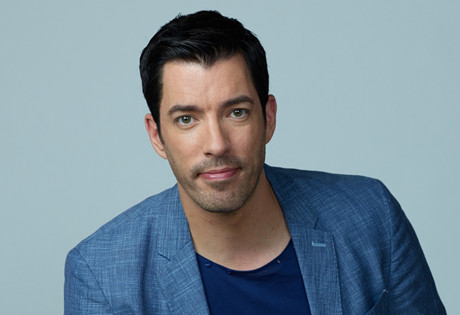 Start by filling out our no-obligation entertainment request form to check pricing and availability for Drew Scott or whoever else you may want.

Our Drew Scott agent will be happy to help you get Drew Scott's availability and booking fee, or the price and availability for any other A-List entertainer, band, comedian or celebrity you may want for your corporate event, private party, wedding, birthday party or public show.

Television personality Drew Scott was born in 1978 in British Columbia, Canada. Today, Drew is best known as one half of the team starring on the hit HGTV series Property Brothers, alongside his twin brother Jonathan. But long before his rise to prominence, Drew Scott grew up in the Vancouver area, launching his first business venture when he was still in elementary school. Drew and his brother were also frequently inspired by their father, who worked in the entertainment business, so it’s little surprise that Drew and Jonathan would end up with careers on the small screen.

As children, Drew was very active in his community’s theater and performance programs, appearing on stage in various plays and experimenting with sketch comedy for awhile. By the time he was in his late teens, Drew and his brother were investing in real estate; the twin passions for real estate and entertainment would of course produce the perfect match for what would become a television empire by the time they were in their thirties.

In 2004, Drew and his brother simultaneously founded Scott Brothers Entertainment and Scott Real Estate; the former addressed film and television production work, and the later the men’s “day job,” which involved purchasing dilapidated home and flipping them for profit. It wasn’t long before Drew and Jonathan shot their own pilot, shopping it to various networks.

Of course, HGTV picked up the series and the rest, as they say, is history. Property Brothers aired for the first time in 2011, and has led to a number of spin-offs: Buying and Selling (2012 to present), Brother vs. Brother (2013 to present), and Property Brothers: At Home (which aired in 2014.) Drew also competed on Dancing with the Stars for the show’s twenty-fifth season. His brother made a surprise visit to the competition during an episode, joining Drew’s live performance, much to the delight of the audience.

For more information on booking Drew Scott, please contact Booking Entertainment. One of our top booking agents will be happy to work on your behalf to get you the best possible price to book any big name entertainer for your upcoming public, private or corporate event worldwide.

Booking Entertainment works to get the best possible Drew Scott booking fee and Drew Scott price for our clients while also providing the celebrity or famous entertainer with the level of professionalism and industry norms that they expect from an event run by a professional booking agency and production management.

Booking Entertainment uses our agency / management relationships and over 25 years of production experience to help buyers of headline / top name entertainers and does not claim or represent itself as the exclusive Drew Scott agent, manager or management company for any of the artists on our site.

Booking Entertainment does not claim or represent itself as the exclusive booking agency, business manager, publicist, speakers bureau or management for Drew Scott or any artists or celebrities on this website.