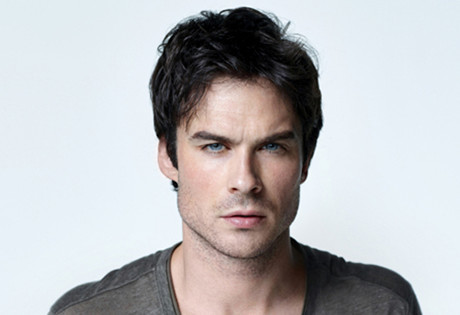 Start by filling out our no-obligation entertainment request form to check pricing and availability for Ian Somerhalder or whoever else you may want.

Our Ian Somerhalder agent will be happy to help you get Ian Somerhalder's availability and booking fee, or the price and availability for any other A-List entertainer, band, comedian or celebrity you may want for your corporate event, private party, wedding, birthday party or public show.

American actor and philanthropist Ian Somerhalder was born in 1978 in Covington, Louisiana. Although today best known for his roles on the hit television series The Vampire Diaries, Ian began modeling when he was a child, starting with print ads and commercials when he was ten years old. By the time he was in his late teens, he had decided to pursue a career as an actor.

Somerhalder’s first major role was in the WB series Young Americans, followed by his first major film role in 2002 in The Rules of Attraction. In 2002 and 2003 he also appeared in episodes of CSI: Crime Scene Investigation, Law & Order: Special Victims Unit, and CSI: Miami. But his big breakthrough came in 2004 when Ian was cast on the hit television series Lost. Although his character, Boone Carlyle, was the first to die on the show, he became a fan favorite and reappeared on multiple episodes all the way through the show’s conclusion in 2010.

Between 2004 and 2010, he also appeared in the films: In Enemy Hands (2004), Pulse (2006), Wake (2009), The Tournament (2009), and How to Make Love to a Woman (2010), and on episodes of the shows Smallville (2004) and Tell Me You Love Me (2007.) In 2009, Ian Somerhalder snagged the coveted role of Damon Salvatore on the hit CW series The Vampire Diaries. Somerhalder’s performance quickly earned both critical and fan acclaim, bringing him multiple People’s Choice Awards and Teen Choice Awards. Ian remained with the show all the way through its final season, season eight, which aired its finale on March 10th, 2017.

Off screen, Ian Somerhalder is a passionate activist and philanthropist for a number of different causes, especially those related to the environment and animal welfare. In late 2010, Somerhalder founded the Ian Somerhalder Foundation (ISF) to serve as a means through which to further advance his efforts. The foundation has grown considerably since that time, and continues to make positive impact through its various campaigns.

For more information on booking Ian Somerhalder, please contact Booking Entertainment. One of our top booking agents will be happy to work on your behalf to get you the best possible price to book any big name entertainer for your upcoming public, private or corporate event worldwide.

Booking Entertainment works to get the best possible Ian Somerhalder booking fee and Ian Somerhalder price for our clients while also providing the celebrity or famous entertainer with the level of professionalism and industry norms that they expect from an event run by a professional booking agency and production management.

Booking Entertainment uses our agency / management relationships and over 25 years of production experience to help buyers of headline / top name entertainers and does not claim or represent itself as the exclusive Ian Somerhalder agent, manager or management company for any of the artists on our site.

Booking Entertainment does not claim or represent itself as the exclusive booking agency, business manager, publicist, speakers bureau or management for Ian Somerhalder or any artists or celebrities on this website.