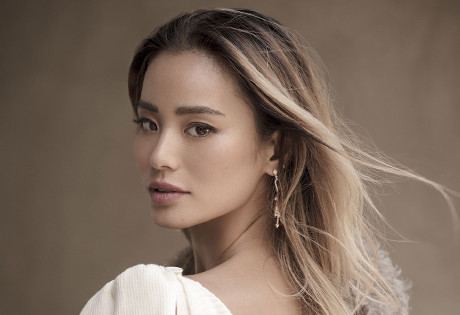 Start by filling out our no-obligation entertainment request form to check pricing and availability for Jamie Chung or whoever else you may want.

Our Jamie Chung agent will be happy to help you get Jamie Chung's availability and booking fee, or the price and availability for any other A-List entertainer, band, comedian or celebrity you may want for your corporate event, private party, wedding, birthday party or public show.

The American television personality and blogger Jamie Chung was born in 1983. Chung first rose to fame as a cast member on the MTV series The Real World: San Diego, but long before her rise to prominence she grew up in San Francisco in a traditional Korean-American family. After graduating from the University of California, Riverside, Jamie was offered an opportunity to join the Real World cast for the show’s fourteenth season. She joined the cast and quickly became known for her strong work ethic and “work hard, play hard” attitude.

After the series concluded, Jamie briefly appeared on Real World/Road Rules Challenges, and then transitioned her career to the big screen, making her debut in the film I Now Pronounce You Chuck and Larry. Since then, she has appeared in a number of small roles in films such as: Sorority Row (2009), Sucker Punch (2011), The Hangover Part II (2011), The Man with the Iron Fists (2012), The Hangover Part III (2013), Bad Johnson (2014), and Flock of Dudes (2016.) She also appeared on the small screen in guest roles on CSI: NY, Grey’s Anatomy, Believe, and Gotham, in addition to a recurring role as Mulan on the series Once Upon a Time.

Today, Jamie Chung is a noted blogger in addition to being an actress, authoring articles on her site, What The Chung? She also continues her acting career; her latest role is on the television series The Gifted, which launched in 2017. Chung appears as the character Clarice Fong, also known as Blink.

For more information on booking Jamie Chung, please contact Booking Entertainment. One of our top booking agents will be happy to work on your behalf to get you the best possible price to book any big name entertainer for your upcoming public, private or corporate event worldwide.

Booking Entertainment works to get the best possible Jamie Chung booking fee and Jamie Chung price for our clients while also providing the celebrity or famous entertainer with the level of professionalism and industry norms that they expect from an event run by a professional booking agency and production management.

Booking Entertainment uses our agency / management relationships and over 25 years of production experience to help buyers of headline / top name entertainers and does not claim or represent itself as the exclusive Jamie Chung agent, manager or management company for any of the artists on our site.

Booking Entertainment does not claim or represent itself as the exclusive booking agency, business manager, publicist, speakers bureau or management for Jamie Chung or any artists or celebrities on this website.