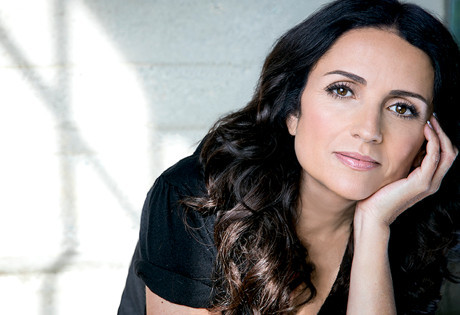 Start by filling out our no-obligation entertainment request form to check pricing and availability for Jenni Pulos or whoever else you may want.

Our Jenni Pulos agent will be happy to help you get Jenni Pulos's availability and booking fee, or the price and availability for any other A-List entertainer, band, comedian or celebrity you may want for your corporate event, private party, wedding, birthday party or public show.

Television personality Jenni Pulos was born in Portland, Oregon, but spent her formative years growing up in Scottsdale, Arizona. After graduating from high school, Jenni chose the University of California, Los Angeles, to pursue her degree in Theater & Film, and although audiences know her best as Executive Assistant to Jeff Lewis on the hit Bravo series Flipping Out, Pulos is also an Emmy-nominated producer, writer, and composer.

In the early 2000’s, Jenni Pulos began working for Jeff Lewis, a real estate entrepreneur who “flips” houses, purchasing homes in need of renovation and then re-selling them for a profit. In 2006, the Bravo network offered Lewis a television series revolved around his business, and so Lewis and Jenni made their television debut in 2007. The series, Flipping Out, became one of the network’s most successful, and as of 2016 has been renewed for a ninth season. In 2012, the network also started the spin-off series, Interior Therapy with Jeff Lewis, in which Jenni Pulos also appears.

Aside from her work on Flipping Out, Jenni Pulos has served as a spokesperson for a number of brands, including Febreze, Tidy Cats, and Fiat, and she frequently appears on talk shows such as The Steve Harvey Show and The Dr. Oz show. Pulos has also written and recorded a children’s rap album, released in 2013. Her memoir, Grin and Bear It: How to Be Happy No Matter What Reality Throws Your way, was also released in 2014.

For more information on booking Jenni Pulos, please contact Booking Entertainment. One of our top booking agents will be happy to work on your behalf to get you the best possible price to book any big name entertainer for your upcoming public, private or corporate event worldwide.

Booking Entertainment works to get the best possible Jenni Pulos booking fee and Jenni Pulos price for our clients while also providing the celebrity or famous entertainer with the level of professionalism and industry norms that they expect from an event run by a professional booking agency and production management.

Booking Entertainment uses our agency / management relationships and over 25 years of production experience to help buyers of headline / top name entertainers and does not claim or represent itself as the exclusive Jenni Pulos agent, manager or management company for any of the artists on our site.

Booking Entertainment does not claim or represent itself as the exclusive booking agency, business manager, publicist, speakers bureau or management for Jenni Pulos or any artists or celebrities on this website.