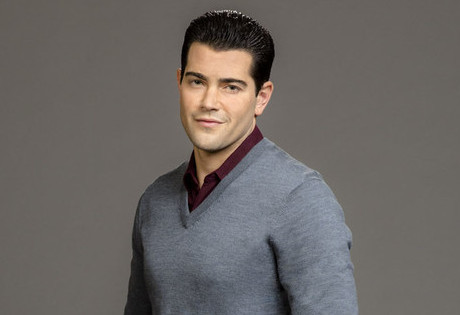 Start by filling out our no-obligation entertainment request form to check pricing and availability for Jesse Metcalfe or whoever else you may want.

Our Jesse Metcalfe agent will be happy to help you get Jesse Metcalfe's availability and booking fee, or the price and availability for any other A-List entertainer, band, comedian or celebrity you may want for your corporate event, private party, wedding, birthday party or public show.

American actor Jesse Metcalfe was born in 1978 in Carmel Valley Village, California. Today, Metcalfe is probably best known for role on the hit television series Desperate Housewives, but his big breakthrough actually came in 1999, when he was offered the role of Miguel Lopez-Fitzgerald on the soap opera Passions. Jesse remained with the show until 2004, at which time he was offered the role of John Rowland on Desperate Housewives.

Jesse’s performance on the show, as a teen gardener embroiled in an affair with Gabrielle Solis (played by Eva Longoria), earned him a Teen Choice Award for Choice TV Breakout Performance: Male. Metcalf remained on the show until 2009, but during his tenure with the series he also appeared in the films John Tucker Must Die (2006), Loaded (2008), The Other End of the Line (2008), and Beyond a Reasonable Doubt (2009.)

Since leaving Desperate Housewives, Jesse Metcalfe has also starred on the television re-boot of the classic series, Dallas (in the role of Christopher Ewing.) On the big screen, he appeared in the films Dead Rising: Watchtower (2015) and God’s Not Dead 2 (2016.) Most recently, Metcalfe appeared in the television film A Country Wedding (2015), and he began filming for the upcoming television series Chesapeake Shores. The series had its two-hour premiere in the summer of 2016 via the Hallmark Channel, and began filming a 10-episode series to premiere in the summer of 2017 shortly thereafter.

For more information on booking Jesse Metcalfe, please contact Booking Entertainment. One of our top booking agents will be happy to work on your behalf to get you the best possible price to book any big name entertainer for your upcoming public, private or corporate event worldwide.

Booking Entertainment works to get the best possible Jesse Metcalfe booking fee and Jesse Metcalfe price for our clients while also providing the celebrity or famous entertainer with the level of professionalism and industry norms that they expect from an event run by a professional booking agency and production management.

Booking Entertainment uses our agency / management relationships and over 25 years of production experience to help buyers of headline / top name entertainers and does not claim or represent itself as the exclusive Jesse Metcalfe agent, manager or management company for any of the artists on our site.

Booking Entertainment does not claim or represent itself as the exclusive booking agency, business manager, publicist, speakers bureau or management for Jesse Metcalfe or any artists or celebrities on this website.