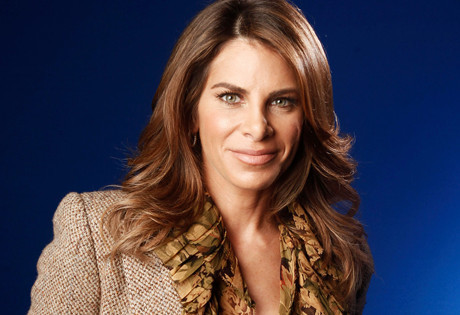 Start by filling out our no-obligation entertainment request form to check pricing and availability for Jillian Michaels or whoever else you may want.

Our Jillian Michaels agent will be happy to help you get Jillian Michaels's availability and booking fee, or the price and availability for any other A-List entertainer, band, comedian or celebrity you may want for your corporate event, private party, wedding, birthday party or public show.

The American personal trainer and television personality Jillian Michaels was born in 1974 in Los Angeles, California. Today, Michaels is best known for her work on television shows such as The Biggest Loser, but long before she rose to prominence in the fitness industry, Jillian grew up in Santa Monica in what she describes as a somewhat traumatic childhood, marked by her parents’ divorce and bullying at the hands of her classmates, largely due to her weight.

By the time she was in her twenties, Jillian had shed her extra pounds and launched a career as a personal trainer. In 2002, Michaels opened Sky Sport & Spa, a sports medicine facility in Beverly Hills. In 2004, Jillian rose to national prominence when she joined the training team on the reality competition series The Biggest Loser. Michaels remained with the series through 2014, although there were some seasons in which she didn’t appear.

Since The Biggest Loser, Jillian Michaels has gone on to host a radio talk show on KFIAM in Los Angeles (which ran from 2006 to 2009), and a weekly podcast, The Jillian Michaels Show. She has also launched a series of fitness-oriented video games, Jillian Michael’s Fitness Ultimatum. Between 2010 and 2012, Michaels also appeared on the NBC show Losing It With Jillian, and in 2016, the E! network premiered her reality series, Just Jillian.

In addition to her work on television, Jillian Michaels has authored multiple books on weight-loss, metabolism, and exercise. Her most recent book, Slim for Life: My Insider Secrets to Simple, Fast, and Lasting Weight Loss, was published in 2013.

For more information on booking Jillian Michaels, please contact Booking Entertainment. One of our top booking agents will be happy to work on your behalf to get you the best possible price to book any big name entertainer for your upcoming public, private or corporate event worldwide.

Booking Entertainment works to get the best possible Jillian Michaels booking fee and Jillian Michaels price for our clients while also providing the celebrity or famous entertainer with the level of professionalism and industry norms that they expect from an event run by a professional booking agency and production management.

Booking Entertainment uses our agency / management relationships and over 25 years of production experience to help buyers of headline / top name entertainers and does not claim or represent itself as the exclusive Jillian Michaels agent, manager or management company for any of the artists on our site.

Booking Entertainment does not claim or represent itself as the exclusive booking agency, business manager, publicist, speakers bureau or management for Jillian Michaels or any artists or celebrities on this website.