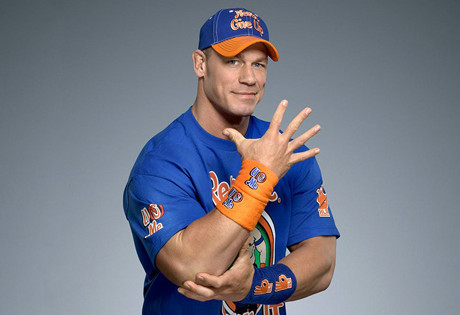 Start by filling out our no-obligation entertainment request form to check pricing and availability for John Cena or whoever else you may want.

Our John Cena agent will be happy to help you get John Cena's availability and booking fee, or the price and availability for any other A-List entertainer, band, comedian or celebrity you may want for your corporate event, private party, wedding, birthday party or public show.

The American wrestler and reality show host John Cena was born in 1977 in West Newbury, Massachusetts. Cena grew up in the Lawrence area of the state, graduating from high school and attending Springfield College, where he played for the school’s football team. After graduating with a degree in exercise psychology, John first pursued a career as a bodybuilder before turning to wrestling in 1999.

John Cena wrestled as the character “The Prototype” from 1999 to 2002, then morphing into an edgy “rapper” until 2004 and launching a career which has made him one of the highest-paid and most successful wrestlers in the WWE. Over the course of his wrestling career, John Cena has won twenty-five championships, sixteen of them world championships. Outside of the ring, Cena has also appeared in a number of feature films, including: The Marine (2006), 12 Rounds (2009), Legendary (2010), The Reunion (2011) Trainwreck (2015), Daddy’s Home (2015), and The Wall (2017.)

Most notably, John Cena is well-regarded for his commitment to various philanthropic endeavors and foundations. He currently holds the record for having granted the most “wishes” for the Make-A-Wish Foundation, which provides children with life-threatening illnesses the opportunity to have one wish granted.

Today, John Cena continues to wrestle and act; he most recently voiced the title character for the Academy-Award nominated film, Ferdinand (2017.) Cena is scheduled to next appear in the Transformer’s film, Bumblebee: The Movie, scheduled for release in 2018. Down the line further, John will voice the character of Yoshi for the 2019 film, The Voyage of Doctor Dolittle.

For more information on booking John Cena, please contact Booking Entertainment. One of our top booking agents will be happy to work on your behalf to get you the best possible price to book any big name entertainer for your upcoming public, private or corporate event worldwide.

Booking Entertainment works to get the best possible John Cena booking fee and John Cena price for our clients while also providing the celebrity or famous entertainer with the level of professionalism and industry norms that they expect from an event run by a professional booking agency and production management.

Booking Entertainment uses our agency / management relationships and over 25 years of production experience to help buyers of headline / top name entertainers and does not claim or represent itself as the exclusive John Cena agent, manager or management company for any of the artists on our site.

Booking Entertainment does not claim or represent itself as the exclusive booking agency, business manager, publicist, speakers bureau or management for John Cena or any artists or celebrities on this website.