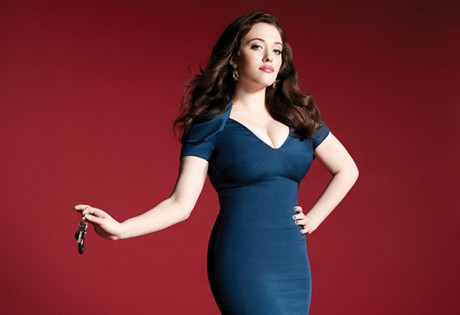 Start by filling out our no-obligation entertainment request form to check pricing and availability for Kat Dennings or whoever else you may want.

Our Kat Dennings agent will be happy to help you get Kat Dennings's availability and booking fee, or the price and availability for any other A-List entertainer, band, comedian or celebrity you may want for your corporate event, private party, wedding, birthday party or public show.

American actress Kat Dennings was born Katherine Litwack in 1986 in Pennsylvania. Kat grew up in the Bryn Mawr area of the state, graduating from high school very early at the age of fourteen after years of accelerated homeschool study. After graduation, she and her family moved to Los Angeles so that she could pursue her dream of becoming an actress. Her earliest gigs were in commercials, until in 2000 Kat made her professional debut in an episode of the hit HBO series Sex and the City.

From there, Kat starred on the WB sitcom Raising Dad, and then appeared in guest roles on Without a Trace, ER, CSI: NY and Less than Perfect. In 2004, she made her big screen debut in the film Raise Your Voice, followed by roles in: The 40-Year-Old Virgin (2005), Charlie Bartlett (2007), The House Bunny (2008), and Thor (2011.) But her big breakthrough came when she was offered the role of an under-employed, tough, outspoken twenty-something New Yorker in the hit CBS series 2 Broke Girls.

The series 2 Broke Girls is currently in its sixth season, but since her rise to prominence, Kat Dennings has also made the leap to starring roles on the big screen, appearing in the films: Thor (2011), To Write Love on Her Arms (2012), and Suburban Gothic (2014.) For her role in 2 Broke Girls, Kat Dennings recently received a 2014 People’s Choice Award for Favorite TV Gal Pals, alongside her co-star Beth Behrs.

For more information on booking Kat Dennings, please contact Booking Entertainment. One of our top booking agents will be happy to work on your behalf to get you the best possible price to book any big name entertainer for your upcoming public, private or corporate event worldwide.

Booking Entertainment works to get the best possible Kat Dennings booking fee and Kat Dennings price for our clients while also providing the celebrity or famous entertainer with the level of professionalism and industry norms that they expect from an event run by a professional booking agency and production management.

Booking Entertainment uses our agency / management relationships and over 25 years of production experience to help buyers of headline / top name entertainers and does not claim or represent itself as the exclusive Kat Dennings agent, manager or management company for any of the artists on our site.

Booking Entertainment does not claim or represent itself as the exclusive booking agency, business manager, publicist, speakers bureau or management for Kat Dennings or any artists or celebrities on this website.