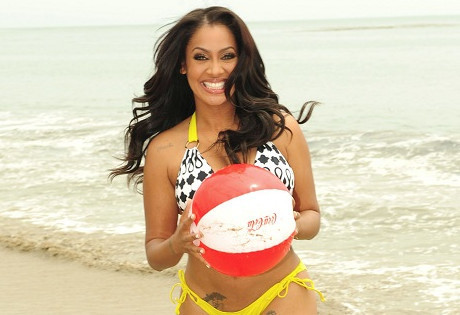 Start by filling out our no-obligation entertainment request form to check pricing and availability for La La Vazquez or whoever else you may want.

Our La La Vazquez agent will be happy to help you get La La Vazquez's availability and booking fee, or the price and availability for any other A-List entertainer, band, comedian or celebrity you may want for your corporate event, private party, wedding, birthday party or public show.

Television personality and actress Alani Nicole “La La” Vazquez was born in 1979 in Brooklyn, New York. Although La La first rose to prominence as a VJ on the MTV network early on in the new millennium, long before that she grew up in New York City, where she harbored dreams of someday become an entertainer.

At the young age of fifteen, Vazquez interned at a local radio station and even enjoyed her own radio show while in high school. After graduating from Howard University with a degree in communications, Vazquez first moved to Los Angeles to start her own radio show on one of the local stations. The success of her show, The B-Syde, brought an offer from the MTV network, and the rest, as they say, is history.

With MTV, La La hosted Total Request Live and Direct Effect, interviewing high profile celebrities such as Will Smith and Brad Pitt. She also began appearing in various film roles, starting with Two Can Play That Game (2001), and went on to appear in the movies: Soul Plane (2004), Think Like a Man (2012), Baggage Claim (2013), and Chi-Raq (2015.) After starting her own production company, Vazquez embarked on a new endeavor, this time behind the camera. Her first attempt as a producer, on the critically lauded documentary Tyson, earned her a standing ovation at the Cannes Film Festival in 2009.

Today, La La Vazquez is also known as La La Anthony, after marrying NBA star Carmelo Anthony in 2010. The couple’s wedding was broadcast on the MTV special La La’s Full Court Wedding. La La also recently launched her own cosmetic and clothing lines in 2013, and published her first book, The Love Playbook, in 2014. The book rose to the top ten on the New York Times Best Seller list.

For more information on booking La La Vazquez, please contact Booking Entertainment. One of our top booking agents will be happy to work on your behalf to get you the best possible price to book any big name entertainer for your upcoming public, private or corporate event worldwide.

Booking Entertainment works to get the best possible La La Vazquez booking fee and La La Vazquez price for our clients while also providing the celebrity or famous entertainer with the level of professionalism and industry norms that they expect from an event run by a professional booking agency and production management.

Booking Entertainment uses our agency / management relationships and over 25 years of production experience to help buyers of headline / top name entertainers and does not claim or represent itself as the exclusive La La Vazquez agent, manager or management company for any of the artists on our site.

Booking Entertainment does not claim or represent itself as the exclusive booking agency, business manager, publicist, speakers bureau or management for La La Vazquez or any artists or celebrities on this website.