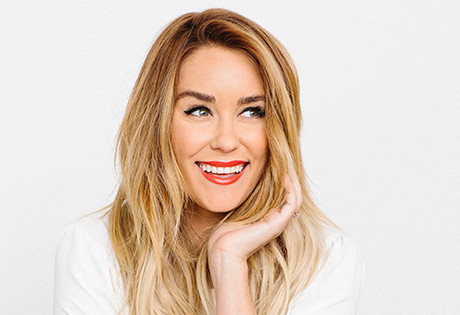 Start by filling out our no-obligation entertainment request form to check pricing and availability for Lauren Conrad or whoever else you may want.

Our Lauren Conrad agent will be happy to help you get Lauren Conrad's availability and booking fee, or the price and availability for any other A-List entertainer, band, comedian or celebrity you may want for your corporate event, private party, wedding, birthday party or public show.

The American television personality and fashion designer Lauren Conrad was born in Laguna Beach, California, in 1986. Conrad initially rose to prominence as one of the cast members of the television show Laguna Beach: The Real Orange County, in 2004. Lauren joined the show when she was only eighteen years old, alongside her friends, and although the show was very successful, Lauren left the show after its second season.

After leaving Laguna Beach, Conrad starred in the spin-off series The Hills, which chronicled her academic journey at the Fashion Institute of Design & Merchandising. The show earned Conrad a Teen Choice Award for Choice Female Reality TV star five years in a row; Lauren remained with the series until the year before its conclusion, returning for the series finale in 2010. At the same time, Conrad launched her first fashion lines, Paper Crown and LC Lauren Conrad.

In recent years, Lauren has also become well-known as an author; her debut novel, L.A. Candy, arrived in 2009 and rose to become a New York Times Best Seller. The sequels Sugar and Spice and Sweet Little Lies followed, along with a fashion guide, Lauren Conrad Style, in 2010. Additional works have followed since: The Fame Game (2012), Lauren Conrad Beauty (2012), Starstruck (2012), and Infamous (2013.)

For more information on booking Lauren Conrad, please contact Booking Entertainment. One of our top booking agents will be happy to work on your behalf to get you the best possible price to book any big name entertainer for your upcoming public, private or corporate event worldwide.

Booking Entertainment works to get the best possible Lauren Conrad booking fee and Lauren Conrad price for our clients while also providing the celebrity or famous entertainer with the level of professionalism and industry norms that they expect from an event run by a professional booking agency and production management.

Booking Entertainment uses our agency / management relationships and over 25 years of production experience to help buyers of headline / top name entertainers and does not claim or represent itself as the exclusive Lauren Conrad agent, manager or management company for any of the artists on our site.

Booking Entertainment does not claim or represent itself as the exclusive booking agency, business manager, publicist, speakers bureau or management for Lauren Conrad or any artists or celebrities on this website.