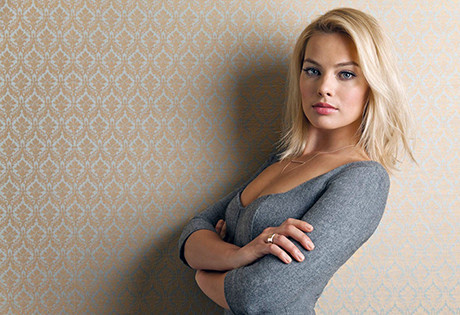 Start by filling out our no-obligation entertainment request form to check pricing and availability for Margot Robbie or whoever else you may want.

Our Margot Robbie agent will be happy to help you get Margot Robbie's availability and booking fee, or the price and availability for any other A-List entertainer, band, comedian or celebrity you may want for your corporate event, private party, wedding, birthday party or public show.

Australian actress Margot Robbie was born in 1990 in Queensland. Today, Margot is best known as the Academy Award nominated actress for her remarkable portrayal of Tonya Harding in the film I, Tony. But long before her rise to prominence, Margot grew up on the family farm, where she and her siblings were largely raised by their single mother. By the time Robbie was sixteen, she had started to work multiple jobs to help the family make ends meet financially.

Around the same time, Margot began studying drama at Somerset College, until at the age of seventeen she moved to Melbourne to pursue a career as a professional actress. Robbie’s big breakthrough came in 2008 when she was offered the role of Donna Freedman on the Australian series Neighbours. Margot remained with the show until 2010, at which time she left the series to move to Hollywood, California.

Margot Robbie’s American breakthrough was in the role of Laura Cameron on the series Pan Am. After the series was cancelled, Robbie made her film debut in the romantic comedy About Time (2013), setting the stage for roles in the films: Wolf of Wall Street (2013), Focus (2015), Whiskey Tango Foxtrot (2016), and Goodbye Christopher Robin (2017.) But Margot’s rise to prominence came with the role of Tonya Harding in the film I, Tonya; the role earned her award nominations from nearly every association in the industry, including the Hollywood Film Awards, Academy Awards, Golden Globe Awards, Critics Choice Awards, and Screen Actors Guild Awards.

Today, Margot Robbie is one of Hollywood’s newest stars and enjoying a career still on the rise. Robbie will next appear in three major feature films in 2018—Mary Queen of Scots, Terminal, and Dreamland.

For more information on booking Margot Robbie, please contact Booking Entertainment. One of our top booking agents will be happy to work on your behalf to get you the best possible price to book any big name entertainer for your upcoming public, private or corporate event worldwide.

Booking Entertainment works to get the best possible Margot Robbie booking fee and Margot Robbie price for our clients while also providing the celebrity or famous entertainer with the level of professionalism and industry norms that they expect from an event run by a professional booking agency and production management.

Booking Entertainment uses our agency / management relationships and over 25 years of production experience to help buyers of headline / top name entertainers and does not claim or represent itself as the exclusive Margot Robbie agent, manager or management company for any of the artists on our site.

Booking Entertainment does not claim or represent itself as the exclusive booking agency, business manager, publicist, speakers bureau or management for Margot Robbie or any artists or celebrities on this website.