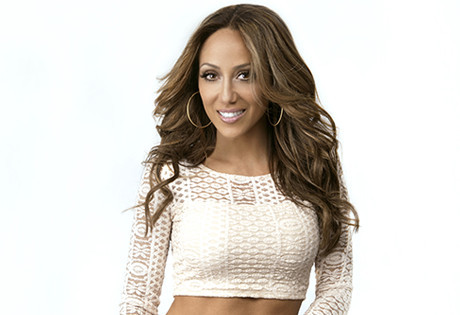 Start by filling out our no-obligation entertainment request form to check pricing and availability for Melissa Gorga or whoever else you may want.

Our Melissa Gorga agent will be happy to help you get Melissa Gorga's availability and booking fee, or the price and availability for any other A-List entertainer, band, comedian or celebrity you may want for your corporate event, private party, wedding, birthday party or public show.

American television personality Melissa Gorga was born in 1979 in New Jersey. Today, Melissa is best known as a cast member on the series The Real Housewives of New Jersey, but long before she became a reality show star, Gorga grew up in the Tom’s River area of the state, attending New Jersey City University after her graduation from high school.

Melissa married Giuseppe “ Joe” Gorga when she was in her twenties, and in 2011 she and her husband joined the cast of The Real Housewives of New Jersey. Today the couple resides in Montville, where they raise their three children and permit their daily lives to be fully documented for the show. Since joining the series, Melissa has become known for her independent spirit and personal aspirations; she has in recent years created her own jewelry line, opened a restaurant, and even dabbled in a career as a singer.

Gorga’s debut single, “On Display,” was released in the summer of 2011, shortly after she began appearing on the Real Housewives as a cast member. The show premiered a number of her other singles over the next few years, although Melissa has since announced that she has no plans to continue the pursuit. Instead, in 2017 the Gorgas partnered with fellow Housewives’ family, the Giudices, to open Gorga’s Homemade Pasta and Pizza in East Hanover, New Jersey.

Today, Melissa Gorga continues to appear on The Real Housewives of New Jersey as a regular cast member. The show is currently following the family’s restaurant pursuit as they search for a new location and experience constant challenges with the business startup.

For more information on booking Melissa Gorga, please contact Booking Entertainment. One of our top booking agents will be happy to work on your behalf to get you the best possible price to book any big name entertainer for your upcoming public, private or corporate event worldwide.

Booking Entertainment works to get the best possible Melissa Gorga booking fee and Melissa Gorga price for our clients while also providing the celebrity or famous entertainer with the level of professionalism and industry norms that they expect from an event run by a professional booking agency and production management.

Booking Entertainment uses our agency / management relationships and over 25 years of production experience to help buyers of headline / top name entertainers and does not claim or represent itself as the exclusive Melissa Gorga agent, manager or management company for any of the artists on our site.

Booking Entertainment does not claim or represent itself as the exclusive booking agency, business manager, publicist, speakers bureau or management for Melissa Gorga or any artists or celebrities on this website.