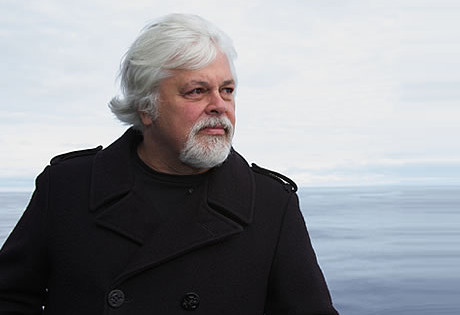 Start by filling out our no-obligation entertainment request form to check pricing and availability for Paul Watson or whoever else you may want.

Our Paul Watson agent will be happy to help you get Paul Watson's availability and booking fee, or the price and availability for any other A-List entertainer, band, comedian or celebrity you may want for your corporate event, private party, wedding, birthday party or public show.

Television personality and marine wildlife conservationist Paul Watson was born in 1950 in Toronto. Today, Watson is best known as founder of the Sea Shepherd Conservation Society, the anti-poaching and activist group which was featured on the hit reality series Whale Wars. But long before Watson became a television personality and hero to environmentalists around the world, he first joined the Sierra Club in the late 1960’s, before becoming a founding board member of Greenpeace in 1972.

Paul Watson severed ties with Greenpeace in the late 1970’s, after a disagreement over the interpretation of “nonviolent” action; as anyone who has watched the show Whale Wars can determine, Paul advocates for a more “directed” version of conservationist action. In 1978, Watson purchased the Sea Shepherd vessel and established the Sea Shepherd Conservation Society. The Sea Shepherd had already spent decades using a variety of invasive tactics at sea to impede the goals of whaling ships. The organization has also sought to end or at least equally impede the annual Canadian seal hunts.

Proudly embracing the title of “eco-terrorist” (bestowed upon Watson by the Japanese government for his direct action tactics against their country’s whalers), Paul Watson has faced numerous legal challenges in Japan and other whaling and sea-hunting nations. Because of these complications, Paul Watson stepped down from his head position at the Sea Shepherd Conservation Society in 2013. The series Whale Wars concluded in 2015, but Watson’s conservation and advocacy efforts continue

Watson has authored numerous books on his efforts, the most recent of which – Earthforce! An Earth Warrior’s Guide to Strategy, 2nd Edition – was published in 2012. Paul Watson has been inducted into the U.S. Animal Rights Hall of Fame, and in 2000 he was named one of Time Magazine’s Top Twenty Environmental Heroes of the 20th Century.

For more information on booking Paul Watson, please contact Booking Entertainment. One of our top booking agents will be happy to work on your behalf to get you the best possible price to book any big name entertainer for your upcoming public, private or corporate event worldwide.

Booking Entertainment works to get the best possible Paul Watson booking fee and Paul Watson price for our clients while also providing the celebrity or famous entertainer with the level of professionalism and industry norms that they expect from an event run by a professional booking agency and production management.

Booking Entertainment uses our agency / management relationships and over 25 years of production experience to help buyers of headline / top name entertainers and does not claim or represent itself as the exclusive Paul Watson agent, manager or management company for any of the artists on our site.

Booking Entertainment does not claim or represent itself as the exclusive booking agency, business manager, publicist, speakers bureau or management for Paul Watson or any artists or celebrities on this website.