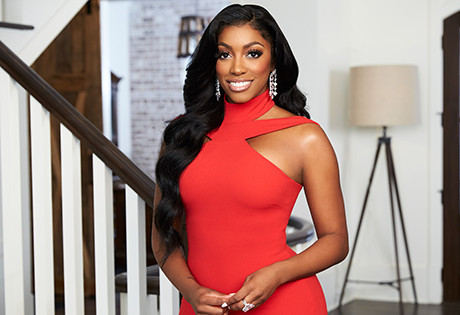 Start by filling out our no-obligation entertainment request form to check pricing and availability for Porscha Williams or whoever else you may want.

Our Porscha Williams agent will be happy to help you get Porscha Williams's availability and booking fee, or the price and availability for any other A-List entertainer, band, comedian or celebrity you may want for your corporate event, private party, wedding, birthday party or public show.

American television personality and “real housewife” Porscha Williams was born in 1981. Williams became known for her appearance on The Real Housewives of Atlanta, a role she began in 2012. But long before her television debut, Porscha was born and raised in Atlanta, Georgia, where her parents were successful entrepreneurs. As a teenager, Williams excelled in academics at Southwest Dekalb High School, and she planned to follow in her parents footsteps.

After graduating from high school, Williams moved to Illinois to study business at American InterContinental University. While in college and shortly after graduating, she also pursued a career in modeling, appearing in several music videos and in various print ads. A chance encounter introduced Porsha to football player Kordell Steward, whom she married in 2011.

The couple was invited to join the cast of The Real Housewives of Atlanta in its fifth season; Porscha made her first appearance on the show in late 2012. One of the series key storylines for that seasons included Williams’s class with fellow cast mate Kenya Moore. Marital challenges were also followed by the cameras for another season, until Williams and Stewart divorced in 2013. The entire dissolution of the marriage was captured on camera and inadvertently made Porscha one of the most fascinating members of the show’s cast.

After leaving the Real Housewives, Williams went on to co-host the show The Dish, starting in 2014. She also released a debut single, “Flatline,” that same year but did not pursue a follow-up single or any other recordings as a musician. Most recently, Williams was a contestant on The New Celebrity Apprentice in 2017; she finished the competition in eighth place.

For more information on booking Porscha Williams, please contact Booking Entertainment. One of our top booking agents will be happy to work on your behalf to get you the best possible price to book any big name entertainer for your upcoming public, private or corporate event worldwide.

Booking Entertainment works to get the best possible Porscha Williams booking fee and Porscha Williams price for our clients while also providing the celebrity or famous entertainer with the level of professionalism and industry norms that they expect from an event run by a professional booking agency and production management.

Booking Entertainment uses our agency / management relationships and over 25 years of production experience to help buyers of headline / top name entertainers and does not claim or represent itself as the exclusive Porscha Williams agent, manager or management company for any of the artists on our site.

Booking Entertainment does not claim or represent itself as the exclusive booking agency, business manager, publicist, speakers bureau or management for Porscha Williams or any artists or celebrities on this website.