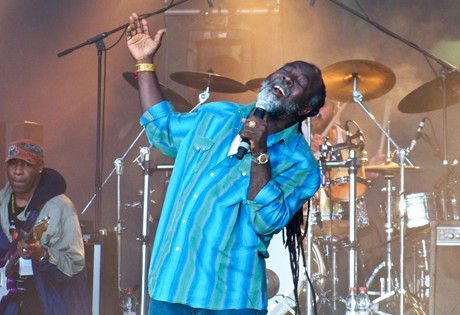 Start by filling out our no-obligation entertainment request form to check pricing and availability for Freddie McGregor or whoever else you may want.

Our Freddie McGregor agent will be happy to help you get Freddie McGregor's availability and booking fee, or the price and availability for any other A-List entertainer, band, comedian or celebrity you may want for your corporate event, private party, wedding, birthday party or public show.

The Jamaican musician and producer Freddie McGregor was born in 1956 in Clarendon. Young Freddie began performing when he was still elementary school age, performing as “Little Freddie” and recording for the Studio One label. Throughout the 1970’s and 1980’s, McGregor also began to work with producer Niney the Observer, further honing his skills and learning the art of production in addition to performance.

It wasn’t until the early 1980’s that Freddie McGregor had his first hit, however, with the album Big Ship, which spawned the hit song “Bobby Bobylon.” Additional hits from Freddie McGregor include “Big Ship,” “Push Comes to Shove,” “I Was Born a Winner,” and many other reggae standards and reggae covers of hits by other artists. After establishing his own label, Big Ship, in 1983, McGregor also released the US hit album Come on Over, which brought his music into popularity in the United States. His album Anything for You, released in 2002, earned him a Grammy nomination.

Freddie McGregor continues to tour extensively internationally, often drawing large sold-out crowds. He recently released the album Di Captain, in 2012, and in 2013 he was recognized with the Institute of Caribbean Studies’ Marcus Garvey Lifetime Achievement Award.

For more information on booking Freddie McGregor, please contact Booking Entertainment. One of our top booking agents will be happy to work on your behalf to get you the best possible price to book any big name entertainer for your upcoming public, private or corporate event worldwide.

Booking Entertainment works to get the best possible Freddie McGregor booking fee and Freddie McGregor price for our clients while also providing the celebrity or famous entertainer with the level of professionalism and industry norms that they expect from an event run by a professional booking agency and production management.

Booking Entertainment uses our agency / management relationships and over 25 years of production experience to help buyers of headline / top name entertainers and does not claim or represent itself as the exclusive Freddie McGregor agent, manager or management company for any of the artists on our site.

Booking Entertainment does not claim or represent itself as the exclusive booking agency, business manager, publicist, speakers bureau or management for Freddie McGregor or any artists or celebrities on this website.