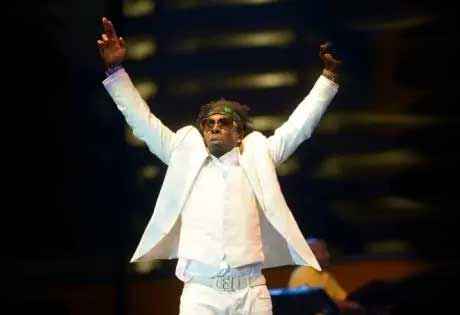 Start by filling out our no-obligation entertainment request form to check pricing and availability for Shabba Ranks or whoever else you may want.

Our Shabba Ranks agent will be happy to help you get Shabba Ranks's availability and booking fee, or the price and availability for any other A-List entertainer, band, comedian or celebrity you may want for your corporate event, private party, wedding, birthday party or public show.

The Jamaican dancehall sensation known as Shabba Ranks was born Rexton Rawlston Fernando Grodon in 1966. Before Ranks rose to fame as one of the first Jamaica DJ’s to rise to international fame, he grew up in Jamaica and learned the art of DJ-ing and rapping from already established Jamaican DJ Josey Wales. Although Shabba’s international performances date back to the 1980’s, he signed his first recording contract as a solo artist in 1991.

Shabba Rank’s career has brought audiences some of the genre’s most significant hits, including the 1992 hit “Mr. Loverman,” which reached into the top forty on the mainstream charts in the United States. Other notable hits include “Slow and Sexy,” featuring Johnny Gill; “I Was a King,” Eddie Murphy featuring Shabba Ranks; “Housecall,” featuring Maxi Priest; “What’cha Gonna Do,” featuring Queen Latifah; and “Family Affair,” which appeared on the Addams Family Values soundtrack in 1993.

Shabba Rank’s accomplishments include two Grammy Awards, and although he has not released any new material in recent years, he is rumored to be back in the studio working on another album. In 2007, Shabba Ranks surprised his fans by making an appearance on the Busta Rhymes single “Clear the Air.” He was also featured on Tech N9ne’s song “Boy Toy.”

For more information on booking Shabba Ranks, please contact Booking Entertainment. One of our top booking agents will be happy to work on your behalf to get you the best possible price to book any big name entertainer for your upcoming public, private or corporate event worldwide.

Booking Entertainment works to get the best possible Shabba Ranks booking fee and Shabba Ranks price for our clients while also providing the celebrity or famous entertainer with the level of professionalism and industry norms that they expect from an event run by a professional booking agency and production management.

Booking Entertainment uses our agency / management relationships and over 25 years of production experience to help buyers of headline / top name entertainers and does not claim or represent itself as the exclusive Shabba Ranks agent, manager or management company for any of the artists on our site.

Booking Entertainment does not claim or represent itself as the exclusive booking agency, business manager, publicist, speakers bureau or management for Shabba Ranks or any artists or celebrities on this website.