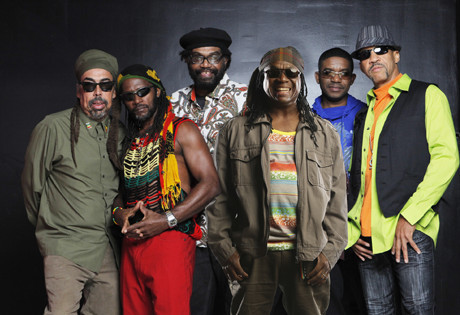 Start by filling out our no-obligation entertainment request form to check pricing and availability for Third World or whoever else you may want.

Our Third World agent will be happy to help you get Third World's availability and booking fee, or the price and availability for any other A-List entertainer, band, comedian or celebrity you may want for your corporate event, private party, wedding, birthday party or public show.

The Jamaican reggae band Third World was established in 1973 in by founding members Michael “Ibo” Cooper and Stephen “Cat” Coore recruited Milton “Prilly” Hamilton, Richard Daley, Carl Barovier, and Irvin “Carrot” Jarrett to round out Third World’s initial lineup. Third World made its debut in 1974, releasing the self-produced single “Railroad Track” and performing throughout Kingtson in various nightdlubs and hotels.

Third World quickly caught the attention of Island Records and begn touring alongside the Wailers. In 1976, Third World released a self-titled debut album, but it was another few years before the band experienced it’s biggest breakthrough with a cover of the classic “Now That We Found Love” (originally recorded by the O’Jays.) Since then, Third World has released dozens of successful albums and singles, and the group continues to perform and record with the current lineup of: Coore, Daley, Tony “Ruption” Williams, Norris “Noriega” Webb, Maurice Gregory, and AJ Brown.

Most recently, Third World completed a 40th anniversary tour and was recognized at the Jamaica Jazz and Blues festival with a Lifetime Achievement Award. Third World’s most recent release is the album Under the Magic sun, which arrived in the summer of 2014.

For more information on booking Third World, please contact Booking Entertainment. One of our top booking agents will be happy to work on your behalf to get you the best possible price to book any big name entertainer for your upcoming public, private or corporate event worldwide.

Booking Entertainment works to get the best possible Third World booking fee and Third World price for our clients while also providing the celebrity or famous entertainer with the level of professionalism and industry norms that they expect from an event run by a professional booking agency and production management.

Booking Entertainment uses our agency / management relationships and over 25 years of production experience to help buyers of headline / top name entertainers and does not claim or represent itself as the exclusive Third World agent, manager or management company for any of the artists on our site.

Booking Entertainment does not claim or represent itself as the exclusive booking agency, business manager, publicist, speakers bureau or management for Third World or any artists or celebrities on this website.