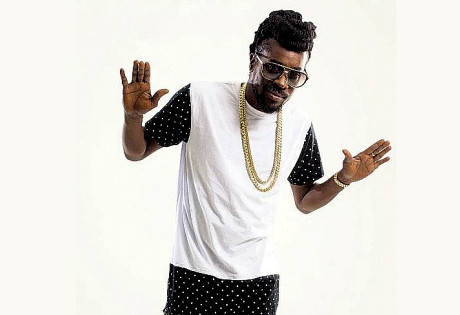 Start by filling out our no-obligation entertainment request form to check pricing and availability for Beenie Man or whoever else you may want.

Our Beenie Man agent will be happy to help you get Beenie Man's availability and booking fee, or the price and availability for any other A-List entertainer, band, comedian or celebrity you may want for your corporate event, private party, wedding, birthday party or public show.

Anthony Moses Davis, known as Beenie Man, was born in Kingston, Jamaica in 1973. His uncle played drums for Jimmy Cliff, and encouraged the young Anthony in his interest in music. The future Beenie Man began toasting when he was only five years old, and began winning talent contests before he was ten.

As a youngster, Beenie Man was introduced to a number of influential people in the industry, all of whom helped to establish his popularity. Beenie Man’s debut single, “Too Fancy,” was released in 1981, and his debut album, The Invincible Beenie Man: The Ten Year Old DJ Wonder, arrived in 1983. In that same year, the young artist found himself on Lawes' Junjo Presents Two Big Sounds, a breakthrough performance opportunity which garnered him even more attention for his extraordinary talents at such a young age.

But it was in the 1990’s that Beenie Man made his ascent to stardom. An appearance in 1992 at Reggae Sunsplash marked the point at which the DJ was ready to resurface as a talented adult with enough skill and polish to experience a genuine breakthrough. He recorded a version of Bob Marley’s classic, restructuring the title to “No Mama No Cry,” and the single shot to the top of the Jamaican charts. Hit singles like “World Dance” and “Praise Him” followed. Eventually, Beenie Man signed to Island Records and released the album Blessed, featuring another round of hits, including “Slam.” From there, Beenie Man worked on a number of collaborative albums in 1995, including Mad Cobra Meets Lt. Stitchie & Beenie Man and Three Against War (with Triston Palma and Dennis Brown.) “Healer” also joined him with Third World.

Beenie Man continues to perform and record. In 2009, he joined forces with Eric Nicks and The Trackmasters; he signed with their label Brookland Entertainment before releasing his next album, The Legend Returns. In 2014, he teamed up with Bounty Killer to record the single “Legendary,” and in 2015, he collaborated with the Nigerian artist known as Henricci, on the song “Sister Caro.”

For more information on booking Beenie Man, please contact Booking Entertainment. One of our top booking agents will be happy to work on your behalf to get you the best possible price to book any big name entertainer for your upcoming public, private or corporate event worldwide.

Booking Entertainment works to get the best possible Beenie Man booking fee and Beenie Man price for our clients while also providing the celebrity or famous entertainer with the level of professionalism and industry norms that they expect from an event run by a professional booking agency and production management.

Booking Entertainment uses our agency / management relationships and over 25 years of production experience to help buyers of headline / top name entertainers and does not claim or represent itself as the exclusive Beenie Man agent, manager or management company for any of the artists on our site.

Booking Entertainment does not claim or represent itself as the exclusive booking agency, business manager, publicist, speakers bureau or management for Beenie Man or any artists or celebrities on this website.