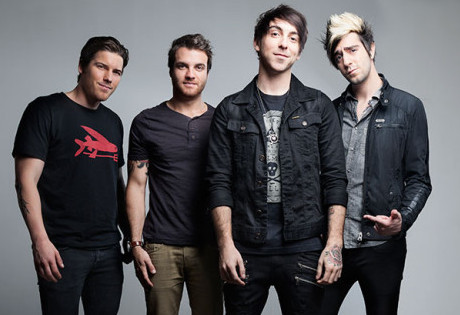 Start by filling out our no-obligation entertainment request form to check pricing and availability for All Time Low or whoever else you may want.

Our All Time Low agent will be happy to help you get All Time Low's availability and booking fee, or the price and availability for any other A-List entertainer, band, comedian or celebrity you may want for your corporate event, private party, wedding, birthday party or public show.

All Time Low was formed in 2003 in Baltimore, Maryland, when its founding members were still in high school. Originally a cover band, All Time Low started by performing around town locally, playing songs by bands such as Blink-182 and releasing their first EP, The Three Words to Remember in Dealing with the End. The band signed their first record deal and released their debut album, The Party Scene in 2005.

Since that time, multiple addition albums have followed: So Wrong, It’s Right (2007), Nothing Personal (2009), Dirty Work (2011), Don’t Panic (2012), and Future Hearts (2015.) The albums featured the singles “Circles,” “The Girl’s a Straight-Up Hustler,” “Coffee Shop Soundtrack,” “Six Feet Under the Stars,” “Dear Maria, Count Me In,” “Poppin’ Champagne,” “Weightless,” “Damned If I Do Ya (Damned If I Don’t),” “Lost in Stereo,” “Painting Flowers,” “I Feel Like Dancin,” “Forget About It,” “Time-Bomb,” “For Baltimore,” “Somewhere in Neverland,” and “Backseat Serenade.” The releases were supported by extensive tours in 2006 and 2007, and in 2008, All Time Low launched its first headlining tour. The band also appeared on Jimmy Kimmel Live in that same year, further bolstering their exposure.

Since then, All Time Low has continued to enjoy their rising popularity, embarking on additional tours, most recently the 2012 Warped Tour and headlining shows in Scotland and Ireland. Additional performances from All Time Low were featured for the Soundwave Music Festival and the Reading and Leeds Music Festival. Despite receiving only moderate airplay, All Time Low has managed to reach gold status on their single “Dear Maria, Count Me In.” Their album, Nothing Personal, also reached into the top ten on the charts.

For more information on booking All Time Low, please contact Booking Entertainment. One of our top booking agents will be happy to work on your behalf to get you the best possible price to book any big name entertainer for your upcoming public, private or corporate event worldwide.

Booking Entertainment works to get the best possible All Time Low booking fee and All Time Low price for our clients while also providing the celebrity or famous entertainer with the level of professionalism and industry norms that they expect from an event run by a professional booking agency and production management.

Booking Entertainment uses our agency / management relationships and over 25 years of production experience to help buyers of headline / top name entertainers and does not claim or represent itself as the exclusive All Time Low agent, manager or management company for any of the artists on our site.

Booking Entertainment does not claim or represent itself as the exclusive booking agency, business manager, publicist, speakers bureau or management for All Time Low or any artists or celebrities on this website.