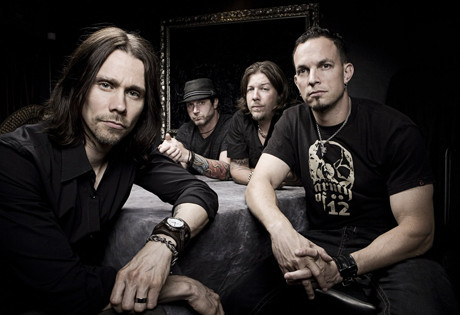 Start by filling out our no-obligation entertainment request form to check pricing and availability for Alter Bridge or whoever else you may want.

Our Alter Bridge agent will be happy to help you get Alter Bridge's availability and booking fee, or the price and availability for any other A-List entertainer, band, comedian or celebrity you may want for your corporate event, private party, wedding, birthday party or public show.

The American rock band Alter Bridge was established in Orlando, Florida in 2004 by former Creed members Mark Tremonti, Brian Marshall, and Scott Phillips. The trio teamed up with Myles Kennedy of the Mayfield Four to round out Alter Bridge’s initial lineup. The band’s debut album, One Day Remains, achieved only moderate success, as did Alter Bridge’s first three singles, “Broken Wings,” “Find the Real,” and “Open Your Wings.”

The albums Blackbird (2007) and AB III (2010) followed, with the singles: “Rise Today,” “Watch Over You,” “Before Tomorrow Comes,” “Isolation,” “Ghosts of Days Gone By,” and “Addicted to Pain.” In recent years Alter Bridge has toured extensively, launching the Carnival of Madness Tour as a co-headliner, alongside Theory of a Deadman. Immediately after, the band played at the Soundwave Festival in Australia, and released the concert DVD Live at Wembley.

In 2012, the Alter Bridge band members shifted focus to other projects, including a brief Creed reunion and solo albums. Tremonti’s solo album, All I Was, arrived in 2012, the same year that Myles Kennedy released Apocalyptic Love with fellow musician Slash. Phillips established the band Projected, with some of the members from Sevendust, before Alter Bridge regrouped to prepare for another studio album. Fortress then arrived in 2013, with the first lead single, “Addicted to Pain,” released in the summer of that year. Alter Bridge embarked on an extensive supporting tour taking them throughout Europe and then back to the United States before returning to the Soundwave Festival in Australia.

Today, Alter Bridge continues to perform and record with the group’s original lineup. The band recently released the studio album The Last Hero (2016) and the live album Live at the O2 Arena + Rarities (2017.) Notable recent singles include “Show Me a Leader,” “My Champion,” and “Poison in Your Vein.”

For more information on booking Alter Bridge, please contact Booking Entertainment. One of our top booking agents will be happy to work on your behalf to get you the best possible price to book any big name entertainer for your upcoming public, private or corporate event worldwide.

Booking Entertainment works to get the best possible Alter Bridge booking fee and Alter Bridge price for our clients while also providing the celebrity or famous entertainer with the level of professionalism and industry norms that they expect from an event run by a professional booking agency and production management.

Booking Entertainment uses our agency / management relationships and over 25 years of production experience to help buyers of headline / top name entertainers and does not claim or represent itself as the exclusive Alter Bridge agent, manager or management company for any of the artists on our site.

Booking Entertainment does not claim or represent itself as the exclusive booking agency, business manager, publicist, speakers bureau or management for Alter Bridge or any artists or celebrities on this website.