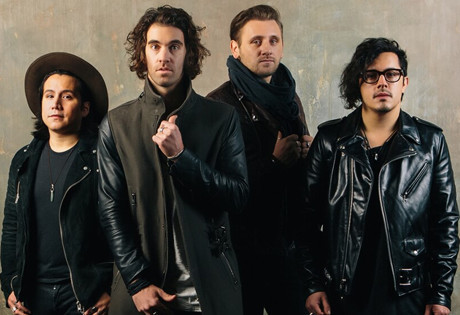 Start by filling out our no-obligation entertainment request form to check pricing and availability for American Authors or whoever else you may want.

Our American Authors agent will be happy to help you get American Authors's availability and booking fee, or the price and availability for any other A-List entertainer, band, comedian or celebrity you may want for your corporate event, private party, wedding, birthday party or public show.

The rock band known as American Authors was established in New York in the mid 2010’s. Members Matt Sanchez, Dave Rublin, James Adam Shelley, and Zac Barnett had met while they were attending the Berklee College of Music together, and after spending a few years performing music around the college’s Boston area, they released their debut, “Believer,” which received heavy play on alternative radio and garnered significant acclaim both from critics and fans alike.

American Authors’ follow-up single, “Believer,” fared even better, finding its way into a Lowe’s television commercial and further expanding exposure for the band. The song was then also featured internationally in various commercials as far away as New Zealand, and the trailer for the film Delivery Man. It wasn’t long after that American Authors garnered the attention of Mercury Records, and the group signed with the label in 2013, in time to release their debut EP, American Authors.

Since then, the band has been on the rise, and the recent release of their hit single “Best Day of My Life,” bolstered by its appearance in the television series the Vampire Diaries and also the film The Secret Life of Walter Mitty, has further brought the band to the forefront of mainstream music. American Authors released a debut album, Oh, What a Life, in the spring of 2014, featuring their already established hits plus the singles “Trouble,” “Luck,” and “In a Big Country.” The band is definitely on the rise, and one to watch.

For more information on booking American Authors, please contact Booking Entertainment. One of our top booking agents will be happy to work on your behalf to get you the best possible price to book any big name entertainer for your upcoming public, private or corporate event worldwide.

Booking Entertainment works to get the best possible American Authors booking fee and American Authors price for our clients while also providing the celebrity or famous entertainer with the level of professionalism and industry norms that they expect from an event run by a professional booking agency and production management.

Booking Entertainment uses our agency / management relationships and over 25 years of production experience to help buyers of headline / top name entertainers and does not claim or represent itself as the exclusive American Authors agent, manager or management company for any of the artists on our site.

Booking Entertainment does not claim or represent itself as the exclusive booking agency, business manager, publicist, speakers bureau or management for American Authors or any artists or celebrities on this website.