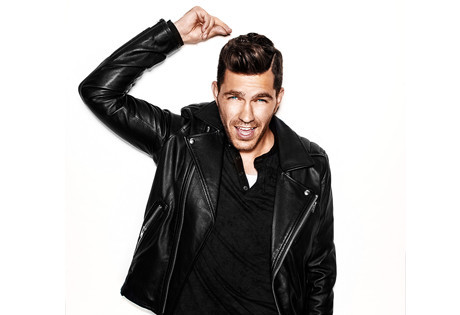 Start by filling out our no-obligation entertainment request form to check pricing and availability for Andy Grammer or whoever else you may want.

Our Andy Grammer agent will be happy to help you get Andy Grammer's availability and booking fee, or the price and availability for any other A-List entertainer, band, comedian or celebrity you may want for your corporate event, private party, wedding, birthday party or public show.

The American producer and singer Andy Grammer was born in 1983 in Los Angeles, California. Grammer moved to Chester, New York, when he was a child, and it was there that he learned to play the piano, guitar, and trumpet while still in elementary school, frequently performing at school functions and around the local community.

By the time he was a teenager, Grammer had begun writing his own music, and he began to consider a career as a musician for his future. After graduating from California State University in 2007, where he majored in music, he started performing around the Los Angeles area, forming a growing fan base and gaining further exposure.

Eventually, Andy Grammer garnered the attention of a representative from S-Curve Records, who recognized the young artist’s talents. Grammer signed with the label in 2010 and entered the studio to begin writing and rehearsing for his debut album release. The result was his self-titled debut album, released a year later and which garnered Andy Grammer significant acclaim. The album spawned the smash hit “Keep Your Head Up,” as well as the singles: “Fine By Me,” and “Miss Me.” The album earned him placement on Billboard magazine’s “Artist to Watch” list in 2011, and later that year he served as the opening act for the Plain White T’s on tour.

Andy Grammer released his sophomore album, Magazines or Novels, in 2014, to equally significant success. The album spawned the single “Back Home” and “Honey, I’m Good,” the latter of which rose into the top forty on the charts. Grammer is definitely an artist on the rise and one to watch. He is currently touring throughout 2015 and expected to return to the studio in the coming year to prepare for another studio album.

For more information on booking Andy Grammer, please contact Booking Entertainment. One of our top booking agents will be happy to work on your behalf to get you the best possible price to book any big name entertainer for your upcoming public, private or corporate event worldwide.

Booking Entertainment works to get the best possible Andy Grammer booking fee and Andy Grammer price for our clients while also providing the celebrity or famous entertainer with the level of professionalism and industry norms that they expect from an event run by a professional booking agency and production management.

Booking Entertainment uses our agency / management relationships and over 25 years of production experience to help buyers of headline / top name entertainers and does not claim or represent itself as the exclusive Andy Grammer agent, manager or management company for any of the artists on our site.

Booking Entertainment does not claim or represent itself as the exclusive booking agency, business manager, publicist, speakers bureau or management for Andy Grammer or any artists or celebrities on this website.