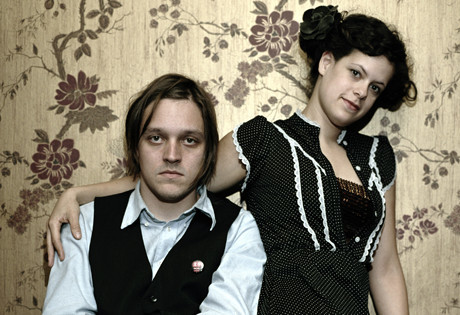 Start by filling out our no-obligation entertainment request form to check pricing and availability for Arcade Fire or whoever else you may want.

Our Arcade Fire agent will be happy to help you get Arcade Fire's availability and booking fee, or the price and availability for any other A-List entertainer, band, comedian or celebrity you may want for your corporate event, private party, wedding, birthday party or public show.

The band known as Arcade Fire was established by Josh Deu and husband/wife team Win Butler and Regine Chassagne in 2001. With the addition of Tim Kyle, Alan Lavian, Dane Mills, and Brendan Reed, the Canadian based group began work on their debut album in 2002, but tensions among group members led Arcade Fire to a rocky start. Nevertheless, the band caught the attention of Merge Records and released their debut album, Funeral, in 2004.

Funeral was met with critical acclaim and commercial success, even reaching MTV2’s Album of the Year status. The album and its single “Cold Wind,” which was featured in the television series Six Feet Under, earned Arcade Fire a Grammy nomination for Best Alternative Rock Album and Best Song Written for a Motion Picture, Television, or Other Visual Media. The album also earned Arcade Fire multiple Juno Awards and three Brit Award nominations.

In total, the album exceeded a half a million in worldwide sales, and Arcade Fire launched a 2004-2005 tour to further bolster their auspicious start. The tour, which took Arcade Fire to the United States, Europe, and even Japan, and featured performances at some of the biggest music festivals of the summer, including Lollapalooza, Halifax Pop Explosion, Reading and Leeds Festival, Coachella Valley Music and Arts Festival, and the Sasquatch! Music Festival.

Arcade Fire returned to the studio following their successful tour, and Neon Bible was the result. Released in 2007, the album featured the singles “Black Mirror,” “Keep the Car Running,” “Intervention,” and “No Cars Go.”  In 2009, the band’s song “Wake Up,” originally from their debut album, was featured in the film Where the Wild Things Are (2009.) The Suburbs followed in 2010, giving audiences the songs “The Suburbs,” “We Used to Wait,” “Ready to Start,” “City with No Children,” “Speaking in Tongues,” and “Sprawl II (Mountains Beyond Mountains.)” One year later, the group composed music for the film The Hunger Games and performed at the 53th Grammy Awards, winning the Album of the Year for 2011.

Arcade Fire continues to perform and record with the current lineup of Win Butler, Regine Chassagne, Richard Reed Perry, William Butler, Jeremy Gara, Sarah Neufeld, and Tim Kingsbury. The band’s latest album, Everything Now, was released in 2017 and was accompanied by the Infinite Content Tour, which is expected to last into 2018.

For more information on booking Arcade Fire, please contact Booking Entertainment. One of our top booking agents will be happy to work on your behalf to get you the best possible price to book any big name entertainer for your upcoming public, private or corporate event worldwide.

Booking Entertainment works to get the best possible Arcade Fire booking fee and Arcade Fire price for our clients while also providing the celebrity or famous entertainer with the level of professionalism and industry norms that they expect from an event run by a professional booking agency and production management.

Booking Entertainment uses our agency / management relationships and over 25 years of production experience to help buyers of headline / top name entertainers and does not claim or represent itself as the exclusive Arcade Fire agent, manager or management company for any of the artists on our site.

Booking Entertainment does not claim or represent itself as the exclusive booking agency, business manager, publicist, speakers bureau or management for Arcade Fire or any artists or celebrities on this website.