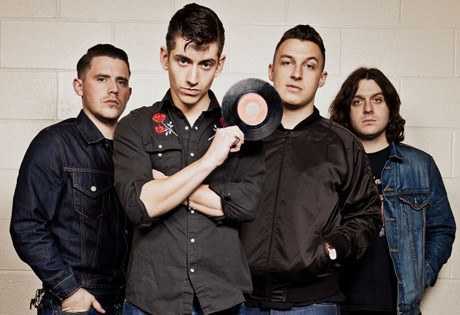 Start by filling out our no-obligation entertainment request form to check pricing and availability for Arctic Monkeys or whoever else you may want.

Our Arctic Monkeys agent will be happy to help you get Arctic Monkeys's availability and booking fee, or the price and availability for any other A-List entertainer, band, comedian or celebrity you may want for your corporate event, private party, wedding, birthday party or public show.

The Arctic Monkeys were established in Sheffield, England, in 2002, founded by Andy Nicholson, Matt Helders, Nick O’Malley, Jamie Cook, and Alex Turner. The Arctic Monkeys first appeared on stage in the summer of 2003 in a local performance, and the group began to establish a following in Sheffield. After recording a series of demos, but also began to promote themselves through MySpace, becoming one of the earliest groups to truly use the social media forum to garner the attention of major record labels.

The group came closer to that goal when their major label single release, “I Bet You Look Good on the Dancefloor,” rose to the number one spot on the UK charts after its release. The follow-up single, “When the Sun Goes Down,” also performed as well. It was no surprise when the Arctic Monkey’s debut album, Whatever People Say I Am, That’s What I’m Not, became the fastest-selling album in chart history in the UK, selling nearly four hundred thousand copies in its first week alone. Upon its release in the United States a month later, the album entered in the top twenty and became America’s second fastest selling album for a debut indie album.

Since that time, the Arctic Monkeys have released the additional albums: Favourite Worst Nightmare (2007), Humbug (2009), Suck It and See (2011), and AM (2013.) The albums spawned the additional singles: “Leave Before the Lights Come On,” “Brianstorm,” “Fluorescent Adolescent,” “Crying Lighting,” “Cornerstone,” “My Propeller,” “R U Mine?,” “Do I WAnna Know?” and “Why’d You Only Call Me When You’re High?”

The Arctic Monkeys have so far earned three Grammy nominations and won seven Brit Awards.  Although Nicholson left the band shortly after its inception, the Arctic Monkeys continue to perform and record with Turner, Cook, O’Malley, and Helders.

For more information on booking Arctic Monkeys, please contact Booking Entertainment. One of our top booking agents will be happy to work on your behalf to get you the best possible price to book any big name entertainer for your upcoming public, private or corporate event worldwide.

Booking Entertainment works to get the best possible Arctic Monkeys booking fee and Arctic Monkeys price for our clients while also providing the celebrity or famous entertainer with the level of professionalism and industry norms that they expect from an event run by a professional booking agency and production management.

Booking Entertainment uses our agency / management relationships and over 25 years of production experience to help buyers of headline / top name entertainers and does not claim or represent itself as the exclusive Arctic Monkeys agent, manager or management company for any of the artists on our site.

Booking Entertainment does not claim or represent itself as the exclusive booking agency, business manager, publicist, speakers bureau or management for Arctic Monkeys or any artists or celebrities on this website.