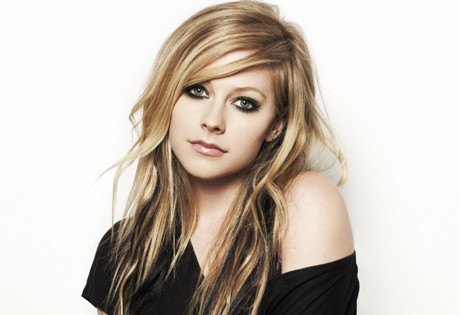 Start by filling out our no-obligation entertainment request form to check pricing and availability for Avril Lavigne or whoever else you may want.

Our Avril Lavigne agent will be happy to help you get Avril Lavigne's availability and booking fee, or the price and availability for any other A-List entertainer, band, comedian or celebrity you may want for your corporate event, private party, wedding, birthday party or public show.

Avril Lavigne was born in 1984 in Belleville, Ontario. Even as a young child, Avril stood out from her female peers, with her active, sports-oriented life and her musical talents, which became apparent early on. She sang in the local choir and then later, as a young teen, she began singing in music competitions and local fairs. By the age of thirteen, she’d earned a grand prize in a competition that brought her to Ottawa to perform with Shania Twain.

Avril Lavigne began sending demos of her performances to agencies while still in high school. Eventually, Nettwerk Management expressed enough interest to fund her trip to New York City to start work on her demo. Before the demo was even completed, Arista had signed Lavigne to a contract, and plans for a debut were put in motion. But Avril was unable to find a fellow songwriter with whom she felt comfortable, and so she moved to Los Angeles to test the waters there. She found what she was looking for in Cliff Magness, a songwriter/producer, and within only a few months, Lavigne’s demo was nearly complete.

“Complicated” was released in 2002 and shot up the charts quickly, in both Canada and the US.  Let Go was released in the same year, and bolstered in part by the success of “Complicated,” found a home at number eight on the charts. The result of Avril Lavigne’s debut was four Juno Awards and eight Grammy nominations. Additional albums and hit singles followed: Under My Skin (2004), The Best Damn Thing (2007), “My Happy Ending,” “Hot,” “Don’t Tell Me,” “Nobody’s Home,” “He Wasn’t,” “When You’re Gone,” and “Girlfriend,” which became Avril Lavigne’s first single to reach the number one position. “Girlfriend” also went on to become the most downloaded single of 2007, worldwide, and ranked on the Hot 100 Singles of the Decade list.

Since that time, Avril Lavigne has released the additional albums Goodbye Lullaby (2011) and Avril Lavigne (2013.) The latter featured the charting singles “Here’s to Never Growing Up,” “Rock n Roll,” “Let Me Go,” and “Hello Kitty.” She also launched her own clothing line, Abbey Dawn, in 2008, and her own fragrance line.

At this point in her career, Avril Lavigne is one of the best-selling artists worldwide, with more than thirty million copies in album sales. She most recently  released the singles “Give You What You Like” and “Fly,” in advance of her upcoming album, scheduled for release sometime in 2017.

For more information on booking Avril Lavigne, please contact Booking Entertainment. One of our top booking agents will be happy to work on your behalf to get you the best possible price to book any big name entertainer for your upcoming public, private or corporate event worldwide.

Booking Entertainment works to get the best possible Avril Lavigne booking fee and Avril Lavigne price for our clients while also providing the celebrity or famous entertainer with the level of professionalism and industry norms that they expect from an event run by a professional booking agency and production management.

Booking Entertainment uses our agency / management relationships and over 25 years of production experience to help buyers of headline / top name entertainers and does not claim or represent itself as the exclusive Avril Lavigne agent, manager or management company for any of the artists on our site.

Booking Entertainment does not claim or represent itself as the exclusive booking agency, business manager, publicist, speakers bureau or management for Avril Lavigne or any artists or celebrities on this website.