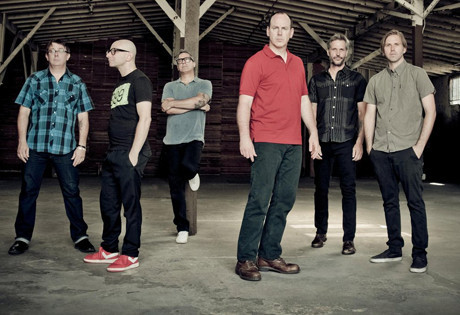 Start by filling out our no-obligation entertainment request form to check pricing and availability for Bad Religion or whoever else you may want.

Our Bad Religion agent will be happy to help you get Bad Religion's availability and booking fee, or the price and availability for any other A-List entertainer, band, comedian or celebrity you may want for your corporate event, private party, wedding, birthday party or public show.

The California-based punk rock band Bad Religion was established in 1979 in los Angeles, by founding members Brett Gurewitz, Jay Ziskrout, Jay Bentley, and Greg Graffin. Bad Religion signed with Epitaph Records in 1981, when the label was brand new, and released a self-titled album shortly thereafter. The debut was followed by How Could Hell Be Any Worse?, but both albums experienced only moderate success at the time.

Bad Religion experienced more success with their fourth album, Back to the Known, which arrived in 1986. The album featured a slightly slower pace than the two prior, launching a more mellow musical period for the band and leading to a few changes in the lineup. But Bad Religion returned to its hardcore punk style with Against the Grain, in 1990, which went on to become their best seller at the time. Still on the rise but having not yet experienced a big breakthrough, Bad Religion returned to the studio to record material for their sixth album, Generator, and then finally their seventh, Recipe for Hate, which gave the group their big mainstream breakthrough.

Over the last few decades, Bad Religion has appeared live in performance on some of television’s most notable shows, including: Late Night with Jimmy Fallon, Late Show with David Letterman, and Jimmy Kimmel Live! In the 1990’s, Bad Religion’s music also began to make its way into films, starting with the Kevin Smith classic, Clerks. Music from Bad Religion has also appeared in: The Chase, Glory Daze, Juno, and 8mm, and dozens of video games.

Bad Religion continues to perform and record with the current lineup of: Greg Graffin, Brett Gurewitz, Jay Bentley, Brian Baker, Brooks Wackerman, and Mike Dimkich. The band is rumored to be preparing another studio album release, set for the coming year.

For more information on booking Bad Religion, please contact Booking Entertainment. One of our top booking agents will be happy to work on your behalf to get you the best possible price to book any big name entertainer for your upcoming public, private or corporate event worldwide.

Booking Entertainment works to get the best possible Bad Religion booking fee and Bad Religion price for our clients while also providing the celebrity or famous entertainer with the level of professionalism and industry norms that they expect from an event run by a professional booking agency and production management.

Booking Entertainment uses our agency / management relationships and over 25 years of production experience to help buyers of headline / top name entertainers and does not claim or represent itself as the exclusive Bad Religion agent, manager or management company for any of the artists on our site.

Booking Entertainment does not claim or represent itself as the exclusive booking agency, business manager, publicist, speakers bureau or management for Bad Religion or any artists or celebrities on this website.