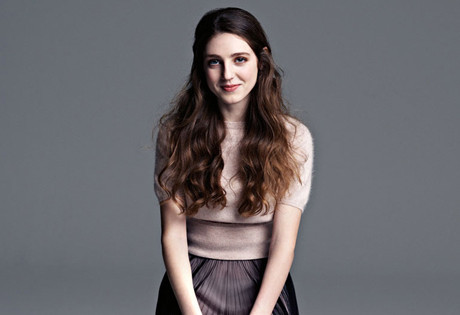 Start by filling out our no-obligation entertainment request form to check pricing and availability for Birdy or whoever else you may want.

Our Birdy agent will be happy to help you get Birdy's availability and booking fee, or the price and availability for any other A-List entertainer, band, comedian or celebrity you may want for your corporate event, private party, wedding, birthday party or public show.

The singer-songwriter known as Birdy was born Jasmine van den Bogaerde in 1996 in Lymington, Hampshire. Young Birdy began studying piano, songwriting, and vocals when she was still in elementary school, and her earliest original compositions were created when she was about eight years old. When she was twelve, Birdy won the Open Mic UK competition, garnering her significant attention and bringing her an offer to perform live on BBC Radio 3’s Pianothon in 2009.

Following her successful performances, Birdy released a cover version of the song “Skinny Love,” which rose to the top of the charts and found its way into other media outlets, including the television shows The Vampire Diaries and Being Human. The success of the song paved the way for Birdy’s self-titled debut album, which was released in 2011 and rose to the number one spot in the Netherlands, Belgium, and Australia.

Birdy was followed by Fire Within in 2013, and between the two albums Birdy scored a number of chart-topping international hits, including “People Help the People” and “Wings.” In addition, Birdy recorded the song “Just a Game” for the Hunger Games soundtrack, and the songs “Not About Angels” and “Tee Shirt” for the film the Fault in Our Stars.  Birdy also collaborated with Mumford & Sons on the song “Learn Me Right” for the Pixar animated feature Brave.

Birdy’s star is definitely on the rise, but she has already earned a nomination for a BRIT Award and an Echo Award for Female Solo Artist International. Birdy has plans for another album release and future performances scheduled for the next year.

For more information on booking Birdy, please contact Booking Entertainment. One of our top booking agents will be happy to work on your behalf to get you the best possible price to book any big name entertainer for your upcoming public, private or corporate event worldwide.

Booking Entertainment works to get the best possible Birdy booking fee and Birdy price for our clients while also providing the celebrity or famous entertainer with the level of professionalism and industry norms that they expect from an event run by a professional booking agency and production management.

Booking Entertainment uses our agency / management relationships and over 25 years of production experience to help buyers of headline / top name entertainers and does not claim or represent itself as the exclusive Birdy agent, manager or management company for any of the artists on our site.

Booking Entertainment does not claim or represent itself as the exclusive booking agency, business manager, publicist, speakers bureau or management for Birdy or any artists or celebrities on this website.