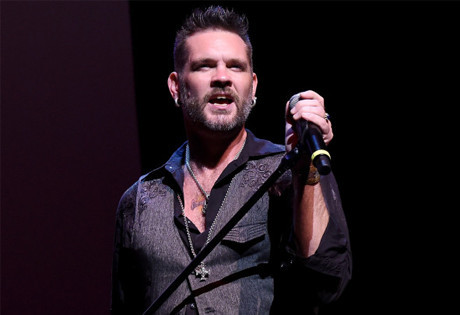 Start by filling out our no-obligation entertainment request form to check pricing and availability for Bo Bice or whoever else you may want.

Our Bo Bice agent will be happy to help you get Bo Bice's availability and booking fee, or the price and availability for any other A-List entertainer, band, comedian or celebrity you may want for your corporate event, private party, wedding, birthday party or public show.

Bo Bice was born in 1975 in Huntsville, Alabama, but moved to England when he was a teenager. Bice grew up in the London area and developed an interest in guitar when he was about fourteen, frequently playing with a number of alternative rock bands in the area before forming his first band. By the mid 1990’s, Bo Bice had begun pursuing a full-time career as a musician, performing internationally and establishing a number of bands.

Prior to competing on American Idol, Bo Bice had recorded the albums Ex Gratia (1999) and Recipe for Flavor (2000) with his bands. Although he barely made the age cut-off for the competition (twenty-eight), Bo Bice entered the competition in 2004 as one of the oldest competitors in the show’s history. Bice performed extremely well on the show, drawing acclaim for his renditions of such songs as “In a Dream” and “Whipping Post.”

After finishing in second place on American Idol, Bo Bice signed to RCA Records and released the song “Inside Your Heaven” in 2005. The song rose to the top of the charts and eventually reached gold status. During this time, Bo Bice also performed at a number of music festivals, including Farm Aid and the Bonnaroo Music Festival. Later in 2005, Bo established SugarMoney, his own band, and released the album The Real Thing, which also rose to the top of the charts. Although Bo Bice did not remain with RCA Records, he formed Sugar Money/StratArt, his own record label, and released See the Light as his sophomore effort. The album featured the singles “I Don’t Want to Be,” “Inside Your Heaven,” “Vehicle,” “The Real Thing,” “U Make Me Better,” “Blades of Glory,” and “Witness.”

Since that time, Bo Bice has continued to record and perform, including trips to Afghanistan and Kuwait to perform for American troops in 2008, just before launching his own tour in support of See the Light. Bo Bice most recently released his latest album, 3, in 2010.

For more information on booking Bo Bice, please contact Booking Entertainment. One of our top booking agents will be happy to work on your behalf to get you the best possible price to book any big name entertainer for your upcoming public, private or corporate event worldwide.

Booking Entertainment works to get the best possible Bo Bice booking fee and Bo Bice price for our clients while also providing the celebrity or famous entertainer with the level of professionalism and industry norms that they expect from an event run by a professional booking agency and production management.

Booking Entertainment uses our agency / management relationships and over 25 years of production experience to help buyers of headline / top name entertainers and does not claim or represent itself as the exclusive Bo Bice agent, manager or management company for any of the artists on our site.

Booking Entertainment does not claim or represent itself as the exclusive booking agency, business manager, publicist, speakers bureau or management for Bo Bice or any artists or celebrities on this website.