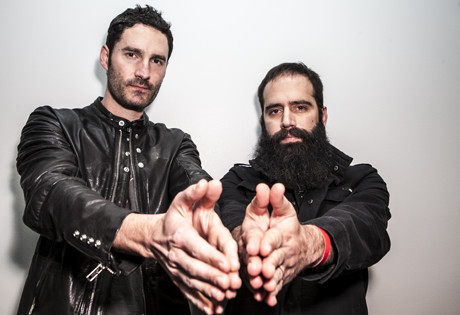 Start by filling out our no-obligation entertainment request form to check pricing and availability for Capital Cities or whoever else you may want.

Our Capital Cities agent will be happy to help you get Capital Cities's availability and booking fee, or the price and availability for any other A-List entertainer, band, comedian or celebrity you may want for your corporate event, private party, wedding, birthday party or public show.

The indie duo known as Capital Cities originated in California, when musicians Sebu Simonian and Ryan Merchant came together to initially write jingles and commercial compositions. By 2011, they’d formed Capital Cities and released a self-titled EP, which caught the attention of Capitol Records.

Capital Cities’ debut album, In a Tidal Wave of Mystery, arrived in 2013 and spawned the hits single “Safe and Sound,” which rose to the number one spot on the alternative charts and set the stage for an auspicious beginning for the band. The song has since appeared in numerous television campaigns, including Microsoft and HBO, and the album’s additional singles (“I Sold My Bed, But Not My Stereo” and “Kangaroo Court”) have also performed well on the charts.

Capital Cities recently launched its first major tour, with frequent sell-out shows across the country, even in such notable venues as the Irving Plaza in New York City. At the same time, the video for “Safe and Sound” began to garner Capital Cities further attention, acquiring two MTV Video Music Award nominations (for Best Visual Effects and Best Art Direction) and a Grammy nomination for Best Music Video.

Recently, Ryan Merchant and Sebu Simonian have been joined by Channing Holmes (on drums), Nick Merwin (on guitar), Spencer Ludwig (on trumpet), and Manny Quintero (on bass), to form a more extensive version of the band. Capital Cities has is just getting started, but has been playing extensively on the festival circuit, and Simonian and Merchant have plans to return to the studio in preparation for another album release set to come soon.

For more information on booking Capital Cities, please contact Booking Entertainment. One of our top booking agents will be happy to work on your behalf to get you the best possible price to book any big name entertainer for your upcoming public, private or corporate event worldwide.

Booking Entertainment works to get the best possible Capital Cities booking fee and Capital Cities price for our clients while also providing the celebrity or famous entertainer with the level of professionalism and industry norms that they expect from an event run by a professional booking agency and production management.

Booking Entertainment uses our agency / management relationships and over 25 years of production experience to help buyers of headline / top name entertainers and does not claim or represent itself as the exclusive Capital Cities agent, manager or management company for any of the artists on our site.

Booking Entertainment does not claim or represent itself as the exclusive booking agency, business manager, publicist, speakers bureau or management for Capital Cities or any artists or celebrities on this website.