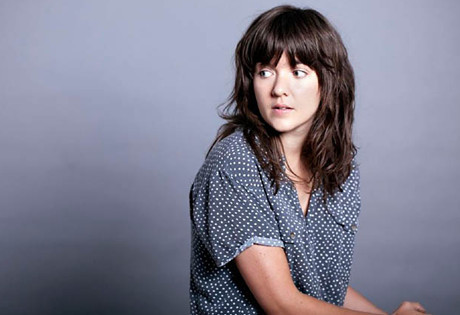 Start by filling out our no-obligation entertainment request form to check pricing and availability for Courtney Barnett or whoever else you may want.

Our Courtney Barnett agent will be happy to help you get Courtney Barnett's availability and booking fee, or the price and availability for any other A-List entertainer, band, comedian or celebrity you may want for your corporate event, private party, wedding, birthday party or public show.

The Australian musician Courtney Barnett was born in 1987 in Pittwater, and grew up in the area of Sydney. As a teenager, Barnett attended the Tasmanian School of Art, and by the time she was in her early twenties, she’d joined her first band, Rapid Transit. From there she went on to perform with Immigrant Union, but in 2013, Barnett signed as a solo artist to Marathon Artists and entered the studio to prepare for her solo debut.


Barnett’s debut arrived in the form of A Sea of Split Peas, a Double EP which featured the single “ Avant Gardener.” The song rose to the top of the charts, earning Courtney additional critical acclaim from such publications as Q Magazine, Stereogum, and Pitchfork Media. The song “History Eraser” fared even better, earning Barnett a nomination for APRA Song of the Year.


Courtney Barnett is a brand new artist on a quick rise, and definitely one to watch in the coming years. Sometimes I Sit and Think and Sometimes I Just Sit was most recently nominated for a Grammy Award for Best New Artist and also earned Barnett a BRIT Award for International Female Solo Artist.

For more information on booking Courtney Barnett, please contact Booking Entertainment. One of our top booking agents will be happy to work on your behalf to get you the best possible price to book any big name entertainer for your upcoming public, private or corporate event worldwide.

Booking Entertainment works to get the best possible Courtney Barnett booking fee and Courtney Barnett price for our clients while also providing the celebrity or famous entertainer with the level of professionalism and industry norms that they expect from an event run by a professional booking agency and production management.

Booking Entertainment uses our agency / management relationships and over 25 years of production experience to help buyers of headline / top name entertainers and does not claim or represent itself as the exclusive Courtney Barnett agent, manager or management company for any of the artists on our site.

Booking Entertainment does not claim or represent itself as the exclusive booking agency, business manager, publicist, speakers bureau or management for Courtney Barnett or any artists or celebrities on this website.