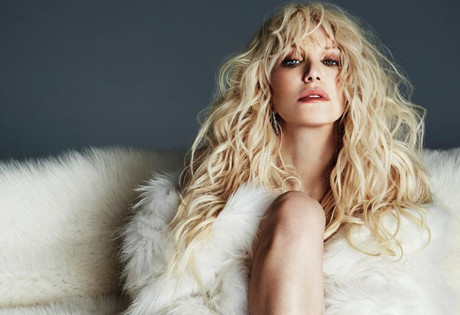 Start by filling out our no-obligation entertainment request form to check pricing and availability for Courtney Love or whoever else you may want.

Our Courtney Love agent will be happy to help you get Courtney Love's availability and booking fee, or the price and availability for any other A-List entertainer, band, comedian or celebrity you may want for your corporate event, private party, wedding, birthday party or public show.

The singer, actress, and media personality Courtney Love was born Courtney Michelle Harrison in San Francisco, California. Courtney grew up in a tumultuous household, moving around frequently with her mother after her parents divorce and spending her formative years in a variety of alternative settings, including a commune in Oregon. Love showed an interest in the arts from a young age, but by the time she was a teenager she’d already had a number of encounters with the law and found herself living first in a correctional facility and then later in foster care.

Courtney Love emancipated at the age of sixteen, working as a stripper, night club disc jockey, and farm hand in the Portland area. Eventually, Courtney began to explore music as a career, and in the early 1980’s she formed the band Sugar Babydoll, then Pagan Babies, and then the band Hole, with which she is still most frequently associated. As the front-woman for Hole, Courtney Love enjoyed significant success, although the band’s first studio album, Pretty on the Inside, received both criticism and praise for its “disturbing lyrics” and “abrasive sound.” The band was recognized by Spin magazine and its subsequent albums performed generally well in the genre. But around this time, Love began a relationship with Nirvana’s lead singer, Kurt Cobain, and the birth of their first child temporarily derailed Courtney’s career as a musician.

Courtney Love returned to entertainment in 1993, with the Hole album Live Through This, but the success of the album was marred by a terrible tragedy – the infamous suicide of Kurt Cobain. While the album rose to multi-platinum status and enjoyed numerous accolades, Courtney Love retreated to solace for a period of about a year, re-emerging for a performance at the Reading Festival in 1994.

During this time, Courtney Love remained best-known to the mainstream public for her relationship with Kurt Cobain. But she was about to make a name for herself as a serious actress, in the role of Althea Flint in Milos Forman’s critically acclaimed film, The People vs. Larry Flint (1996.) It is rumored that Forman had to fight for Love’s role in the film, as producers were concerned about her “troubled past,” but Courtney Love shocked everyone with a stunning turn that earned her a Golden Globe nomination for her performance.

Since that time, Courtney Love has continued an acting career, and she has continued to perform and record with Hole, with the band enjoying increasing recognition for its artistry. Hole has earned four Grammy nominations thus far, three of them for the album and title track for Celebrity Skin (1999) in the categories of Best Rock Song, Best Rock Vocal Performance by a Duo or Group, and Best Rock Album. Hole has also received A Grammy nomination for Best Rock Performance by a Duo or Group for “Malibu” (2000.) The band most recently released the album Nobody’s Daughter in 2010.

Courtney Love’s acting career has also continued to flourish, with roles in the films: Man on the Moon (1999), Julie Johnson (2001), and Trapped (2002); and roles on the television series Sons of Anarchy and Empire. IN addition to her continued work in music and film, Courtney Love is a vocal advocate for a number of causes, including AIDS research and LGBT Rights.

For more information on booking Courtney Love, please contact Booking Entertainment. One of our top booking agents will be happy to work on your behalf to get you the best possible price to book any big name entertainer for your upcoming public, private or corporate event worldwide.

Booking Entertainment works to get the best possible Courtney Love booking fee and Courtney Love price for our clients while also providing the celebrity or famous entertainer with the level of professionalism and industry norms that they expect from an event run by a professional booking agency and production management.

Booking Entertainment uses our agency / management relationships and over 25 years of production experience to help buyers of headline / top name entertainers and does not claim or represent itself as the exclusive Courtney Love agent, manager or management company for any of the artists on our site.

Booking Entertainment does not claim or represent itself as the exclusive booking agency, business manager, publicist, speakers bureau or management for Courtney Love or any artists or celebrities on this website.