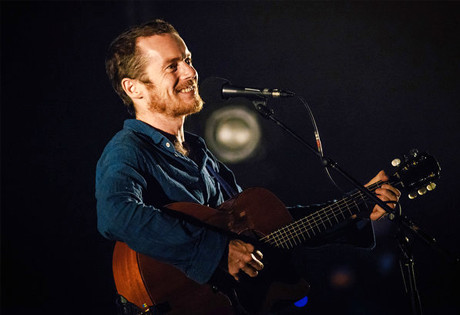 Start by filling out our no-obligation entertainment request form to check pricing and availability for Damien Rice or whoever else you may want.

Our Damien Rice agent will be happy to help you get Damien Rice's availability and booking fee, or the price and availability for any other A-List entertainer, band, comedian or celebrity you may want for your corporate event, private party, wedding, birthday party or public show.

The singer/songwriter Damien Rice was born in 1973 in Celbridge, Ireland. Long before his first hit, “The Blowers Daughter,” was featured in the film Closer in the early 2000’s, Rice performed first with the 90’s rock group Juniper, and then took a hiatus for a few years to work as a farmer in Tuscany, Italy. He returned to his native Ireland in 2001 and, newly inspired, began work again on a career in music, this time as a solo artist.

Almost immediately, Rice released the song “The Blowers Daughter,” and it rose quickly into the top forty on the charts. The song rose even higher after it was featured in the closing scenes of the film Closer, and Damien Rice entered the studio to begin work on his debut solo album. The result, O, was released in 2002 and rose into the top ten on the charts in the UK. The album spawned the additional UK hits “Cannonball” and “Volcano,” and set the stage for a career which has since been going strong for a decade.

Since that time, Damien Rice has released the album 9 (2006), and the live albums: Live at Fingerprints Warts & All; and Live from the Union Chapel (both released in 2007.) The albums gave audiences the additional songs “Moody Mooday/Lonelily,” “Lonely Soldier,” “Unplayed Piano,” “9 Crimes,” “Rootless Tree,” and “Dogs,” although in recent years Rice has focused his talents on collaborations and side projects, including: “Back to Beginning” (with Lamb, on the album 5); and “Everything You’re Not Supposed to Be” and “Uncomfortable,” both with Melanie Laurent. Rice has also contributed the songs “Making Noise” and “Lonely Soldier” to the projects Songs for Tibet: The Art of Peace and the Enough Project, respectively.

Damien Rice continues to record and produce, although it has been nearly a decade since his last studio album release. In the meantime, Damien Rice’s music is regularly heard on such television shows as: American Idol, True Blood, the L Word, ER, Jericho, Grey’s Anatomy, Criminal Minds, House, and CSI: Crime Scene Investigation.

For more information on booking Damien Rice, please contact Booking Entertainment. One of our top booking agents will be happy to work on your behalf to get you the best possible price to book any big name entertainer for your upcoming public, private or corporate event worldwide.

Booking Entertainment works to get the best possible Damien Rice booking fee and Damien Rice price for our clients while also providing the celebrity or famous entertainer with the level of professionalism and industry norms that they expect from an event run by a professional booking agency and production management.

Booking Entertainment uses our agency / management relationships and over 25 years of production experience to help buyers of headline / top name entertainers and does not claim or represent itself as the exclusive Damien Rice agent, manager or management company for any of the artists on our site.

Booking Entertainment does not claim or represent itself as the exclusive booking agency, business manager, publicist, speakers bureau or management for Damien Rice or any artists or celebrities on this website.