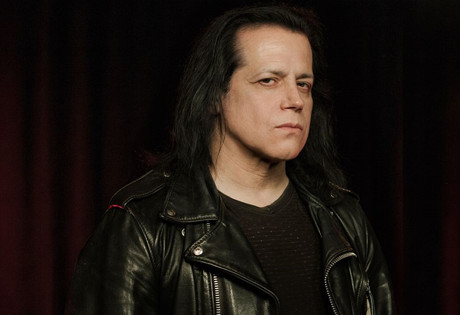 Start by filling out our no-obligation entertainment request form to check pricing and availability for Danzig or whoever else you may want.

Our Danzig agent will be happy to help you get Danzig's availability and booking fee, or the price and availability for any other A-List entertainer, band, comedian or celebrity you may want for your corporate event, private party, wedding, birthday party or public show.

The American heavy metal band Danzig was established in 1987 in Lody, New Jersey, by founding members Glenn Danzig, John Christ, Eerie Von, and Chuck Biscuits. The group was actually discovered by Rick Rubin, a scout for Def American, who initially was interested only in Danzig as the new front man for another band. However, Danzig would only agree to signing with the label alongside his band-mates, currently all performing under the name Samhain, and Rubin agreed. The band switched its name to Danzig and prepared for its major-label debut.


Danzig entered the music scene with a self-titled debut in 1988, followed by Danizig II: Lucifuge in 1990. A series of additional albums followed, including Danzig III: How the Gods Kill (1992), Dangzig 4 (1994), and Danzig 5: Blackacidevil (1996), but it was the EP Thrall: Demonsweatlive which brought the group it’s first top forty hit, with “Mother ’93,” a version of “Mother,” which had originally been featured on their 1988 debut album. The song has endured the test of time, and has recently been featured on a number of television shows and in films, including the 2013 film Hangover Part 3.


Although Danzig endured many changes to their lineup in the new millennium, the band went on to release three more albums: Danzig 777: I Luciferi (2002), Circle of Snakes (2004), and Deth Red Sabaoth (2010.) Additional singles from Danzig include: “Cantspeak,” which also entered the top forty, and “I Don’t Mind the Pain,” “Sacrifice,” “Unspeakable,” “On a Wicked Night,” and “Ju Ju Bone.”


Danzig continues to perform and record with the current lineup of Glenn Danzig, Tommy Victor, Johnny Kelly, and Steve Zing. The band most recently released the album Skeletons in 2015, which features the song “Devil’s Angels.” In October of 2015, Danzig was featured on Sirius XM to promote another new single, a cover of Elvis’s classic “Always on My Mind,” in preparation for another upcoming album.

For more information on booking Danzig, please contact Booking Entertainment. One of our top booking agents will be happy to work on your behalf to get you the best possible price to book any big name entertainer for your upcoming public, private or corporate event worldwide.

Booking Entertainment works to get the best possible Danzig booking fee and Danzig price for our clients while also providing the celebrity or famous entertainer with the level of professionalism and industry norms that they expect from an event run by a professional booking agency and production management.

Booking Entertainment uses our agency / management relationships and over 25 years of production experience to help buyers of headline / top name entertainers and does not claim or represent itself as the exclusive Danzig agent, manager or management company for any of the artists on our site.

Booking Entertainment does not claim or represent itself as the exclusive booking agency, business manager, publicist, speakers bureau or management for Danzig or any artists or celebrities on this website.