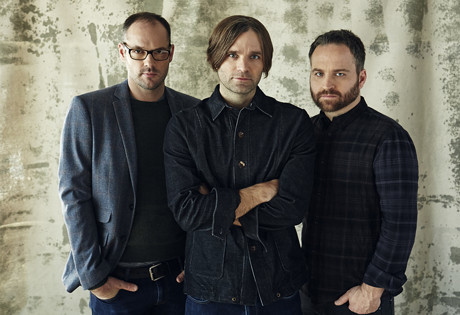 Start by filling out our no-obligation entertainment request form to check pricing and availability for Death Cab for Cutie or whoever else you may want.

The alternative band Death Cab for Cutie was established in 1997 by founding members Jason McGerr, Ben Gibbard, Nick Harmer, and Chris Walla. Initially a solo project for Gibbard, Death Cab for Cutie expanded quickly once Gibbard realized the potential of the project, and within a year the band had released its first LP. Something About Airplanes, showcasing their unusual blend of alternative, emo, and indie pop/rock.

We have the Facts and We’re Voting Yes came next, followed by The Forbidden Love (2000), the Photo Album (2001), and Transatlanticism (2003), all of them EPs. Even though Death Cab for Cutie had yet to sign to a major label, music from Transatlanticism found its way into the films Easy A, Wedding Crashers, and Mean Creek, and onto the small screen in the television shows Californication, CSI: Miami, The O.C., and Six Feet Under. The growing grassroots popularity of Death Cab for Cutie eventually caught the attention of Atlantic Records, and the band was signed in 2004.

Since then, Death Cab for Cutie has become among the most popular and frequently played band in American alternative pop/rock. After signing to Atlantic, Death Cab for Cutie released the albums Plans (2005), Narrow Stairs (2008),  Codes and Keys (2011), and Kintsugi (2015), each of which spawned chart-topping alternative hits, including: “Soul Meets Body,” “Crooked Teeth,” “I Will Follow You into the Dark,” “Grapevine Fires,” “Cath…,” “Meet Me on the Equinox,” “You Are a Tourist,” and “Stay Young, Go Dancing.” The album Plans earned Death Cab for Cutie a Grammy nomination for best Alternative Album, and to date the album has now certified platinum.

Death Cab for Cutie continues to record and perform with the current lineup of Gibbard, Harmer, McGerr, Dave Depper, and Zac Rae. The group released their latest album, Thank You for Today, in 2018.

For more information on booking Death Cab for Cutie, please contact Booking Entertainment. One of our top booking agents will be happy to work on your behalf to get you the best possible price to book any big name entertainer for your upcoming public, private or corporate event worldwide.

Booking Entertainment works to get the best possible Death Cab for Cutie booking fee and Death Cab for Cutie price for our clients while also providing the celebrity or famous entertainer with the level of professionalism and industry norms that they expect from an event run by a professional booking agency and production management.

Booking Entertainment uses our agency / management relationships and over 25 years of production experience to help buyers of headline / top name entertainers and does not claim or represent itself as the exclusive Death Cab for Cutie agent, manager or management company for any of the artists on our site.

Booking Entertainment does not claim or represent itself as the exclusive booking agency, business manager, publicist, speakers bureau or management for Death Cab for Cutie or any artists or celebrities on this website.