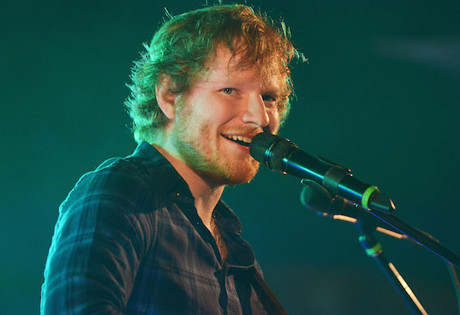 Start by filling out our no-obligation entertainment request form to check pricing and availability for Ed Sheeran or whoever else you may want.

Our Ed Sheeran agent will be happy to help you get Ed Sheeran's availability and booking fee, or the price and availability for any other A-List entertainer, band, comedian or celebrity you may want for your corporate event, private party, wedding, birthday party or public show.

The English singer Ed Sheeran was born in 1981 in Halifax, but grew up in Framlingham, Suffolk. Young Ed began singing while still in elementary school, performing frequently in the local church choir and experimenting in songwriting later on while in high school. In 2005, Sheeran began recording his own compositions and released The Orange Room, an independent EP, before moving to London to pursue a career as a singer with greater focus.

After earning a gig working as a guitar tech for the band Nizlopi, Sheeran was invited to open for the band while on tour in 2008. A second EP, You Need Me, followed a year later, and then in 2010, the EP Loose Change, which received critically acclaimed reviews and featured Ed’s song "The A Team," which would later appear on his debut album and become a smash-hit single.

The success of Loose Change encouraged Ed Sheeran to embark on a journey to Los Angeles, where he began performing at as many open mic opportunities as possible. A chance encounter with actor Jamie Foxx led to free recording time, and a plan to use internet sources such as YouTube to create a strong fan base. Within a short amount of time, Ed Sheeran had released four more EPs (Ed Sheeran, Live at the Bedford, Songs I Wrote With Amy, and Collaborations Project) and found his works climbing the iTunes charts and reaching into the top ten, even without a major record label deal.

Of course, it was only a matter of time before Atlantic Records offered Ed Sheeran a deal, and so in 2011 he signed with the label and officially released the debut single "The A Team." The single was featured on Sheeran’s debut album, titled "+" and it entered the UK charts in the top five, becoming one of the most successful debut singles of the year and rising to nearly one million in sales. The popularity of the song stretched to throughout Europe and beyond, and paved the way for the success of the album’s subsequent singles, "You Need Me, I Don’t Need You," "Lego House," and "Drunk."

Since that time, Ed Sheeran’s career has been on the rise. With still only the one debut album currently released, Sheeran has sent another four songs to the top twenty on the UK charts ("Drunk," "Small Bump," "Give Me Love," and "I See Fire"), embarked on two tours as an opening act (for Snow Patrol and Taylor Swift), and launched his own headlining tour which ran from 2011 to 2013.

Ed Sheeran won the British Solo Male Artist Award and the British Breakthrough Act Award at the BRIT Awards, in addition to receiving three Grammy nominations in the categories of Song of the Year, Best New Artist, and Album of the Year. Sheeran recently returned to the studio to complete work on his sophomore album, set for release in 2014.

For more information on booking Ed Sheeran, please contact Booking Entertainment. One of our top booking agents will be happy to work on your behalf to get you the best possible price to book any big name entertainer for your upcoming public, private or corporate event worldwide.

Booking Entertainment works to get the best possible Ed Sheeran booking fee and Ed Sheeran price for our clients while also providing the celebrity or famous entertainer with the level of professionalism and industry norms that they expect from an event run by a professional booking agency and production management.

Booking Entertainment uses our agency / management relationships and over 25 years of production experience to help buyers of headline / top name entertainers and does not claim or represent itself as the exclusive Ed Sheeran agent, manager or management company for any of the artists on our site.

Booking Entertainment does not claim or represent itself as the exclusive booking agency, business manager, publicist, speakers bureau or management for Ed Sheeran or any artists or celebrities on this website.